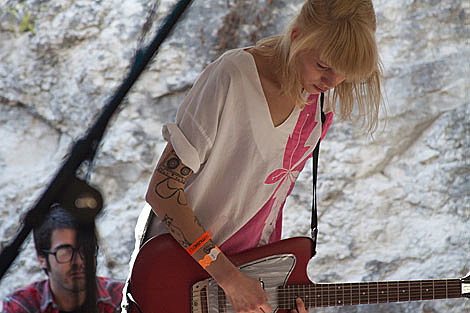 "Brooklyn Bowl is gearing up for round two of Local X Local featuring Brooklyn's own indie chick-rockers Vivian Girls, with support from the German Measles. This monthly celebration of Brooklyn art and culture showcases local artists, musicians, food, entertainment and anything else that defines Brooklyn. As the borough continues to emerge as one of the nation's fastest growing culture capitals, Local X Local allows New Yorkers a free, monthly opportunity to sample the fruits of Brooklyn."

The above described free (but 21+) show takes place at Brooklyn Bowl on Sunday March 28th. Vivian Girls also have an April show coming up at Maxwell's, and they'll be at ATP NY this year.

Brooklyn Bowl will be Vivian Girls' first hometown show after returning from a tour that started at SXSW where they played a bunch of shows. One of those was the Insound Party at Club DeVille where they went on after Small Black and before Liars (who we interviewed that morning). Another one of those was an intimate show at Todd P's location, Cheer Up Charlie's (ex Ms Bea's). Cassie was celebrating a birthday that day and the crowd sang for her. We got it on video which you can watch below with other videos of the band playing that venue with all dates and more pictures from Club DeVille.... 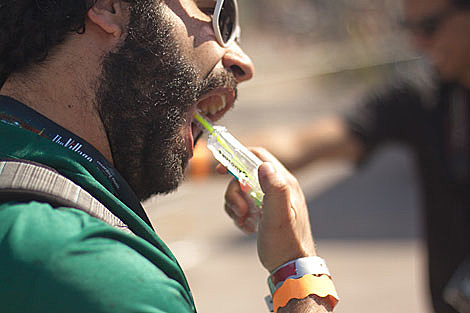 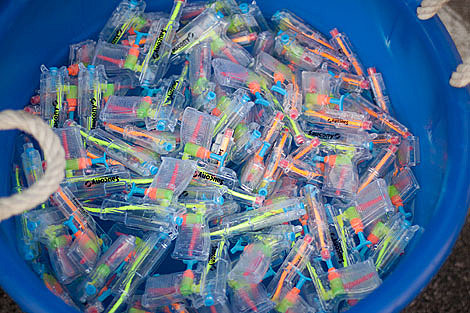 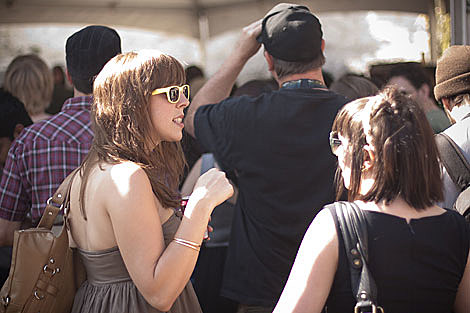 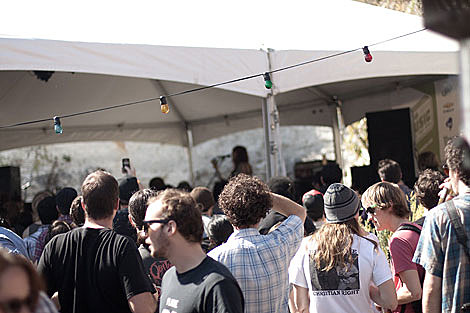 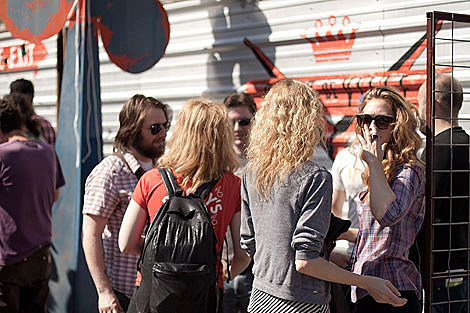 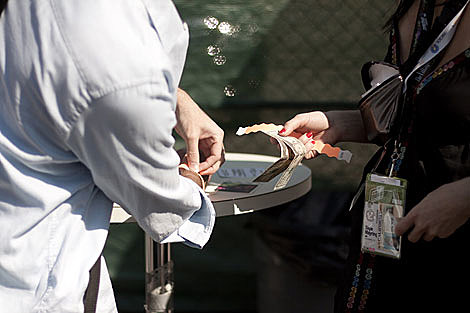 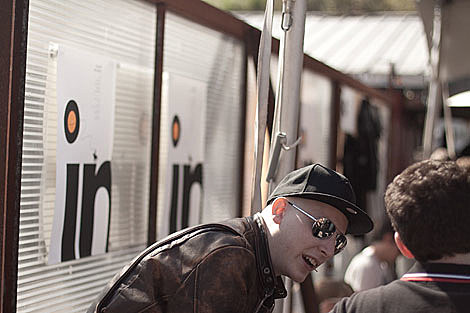 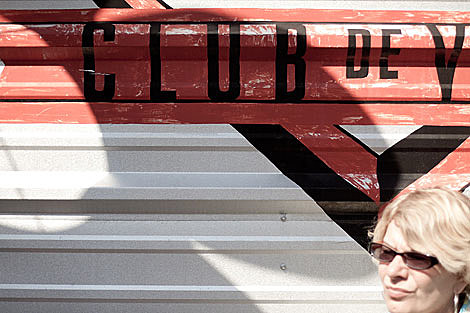 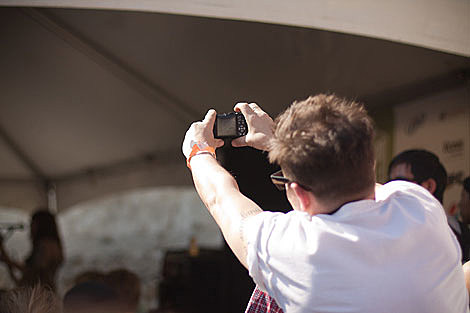 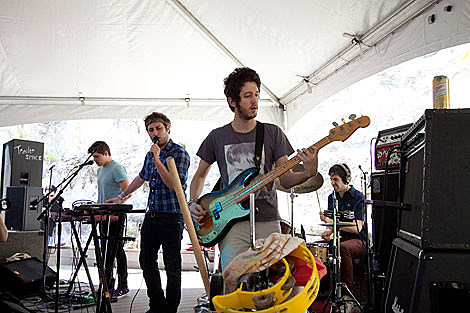 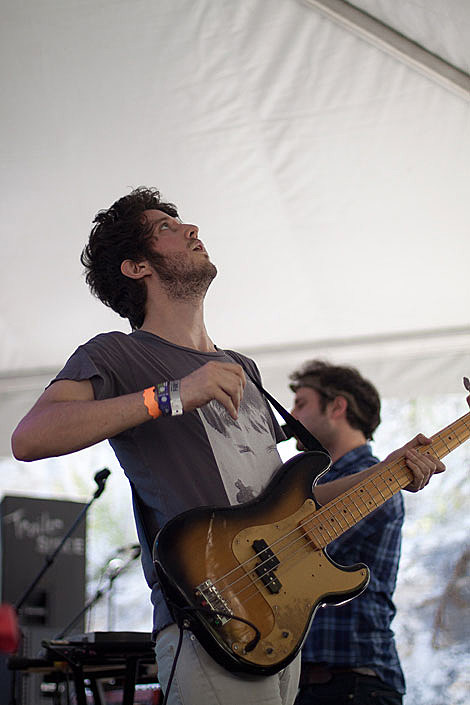 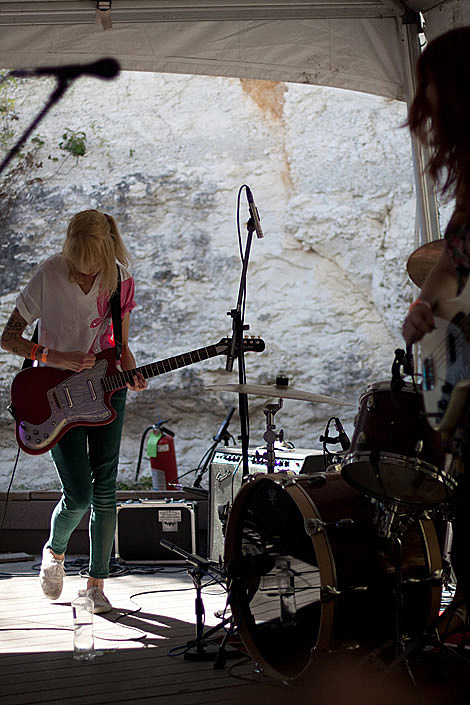 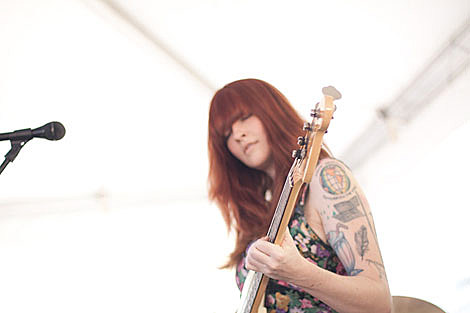 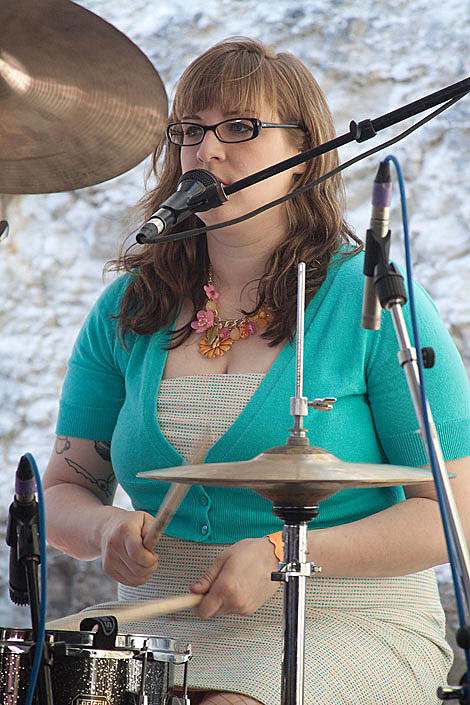 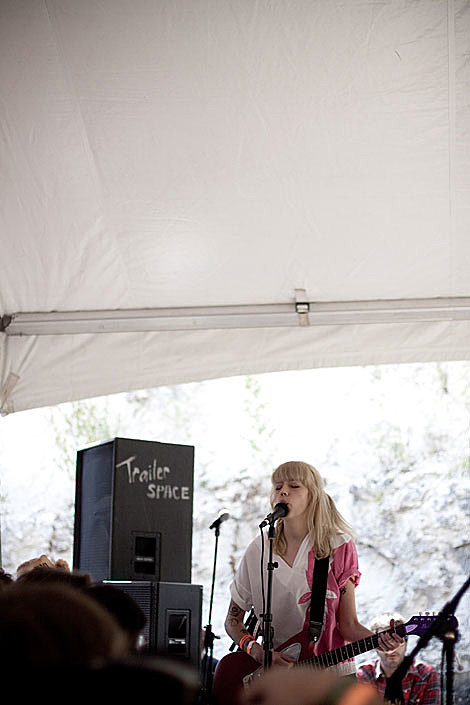 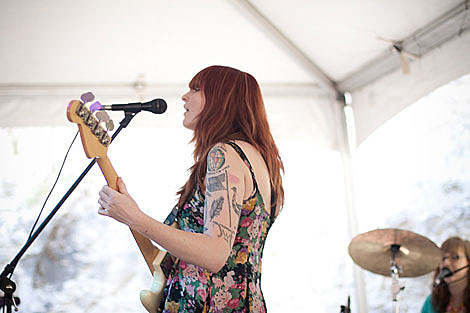 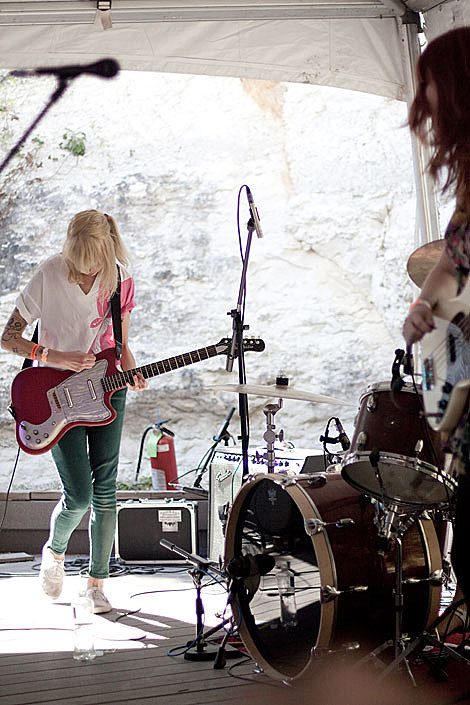 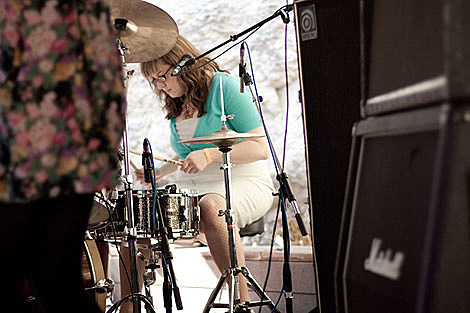 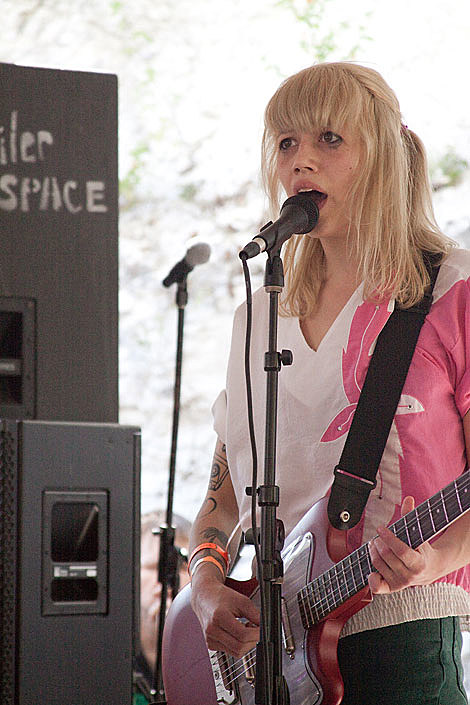 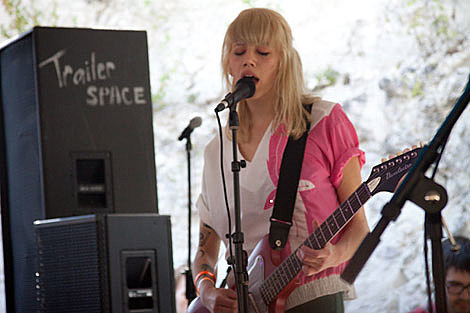 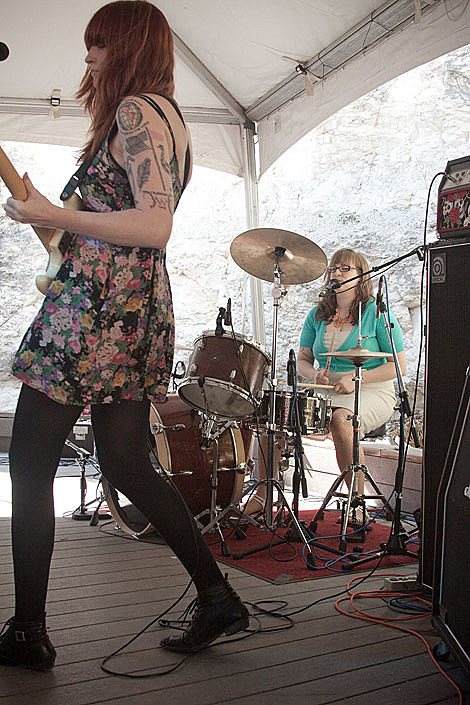 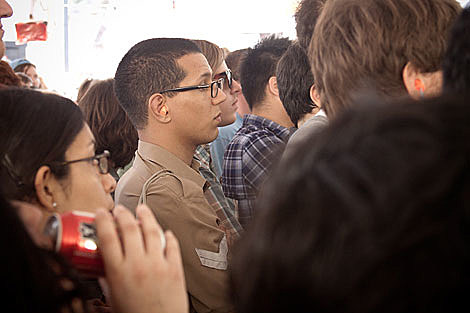 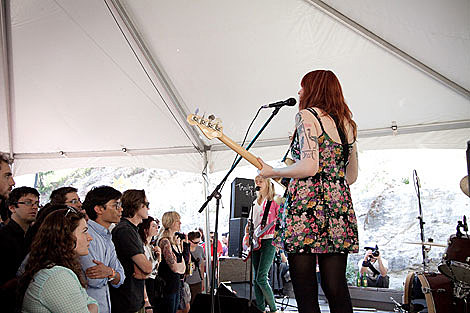 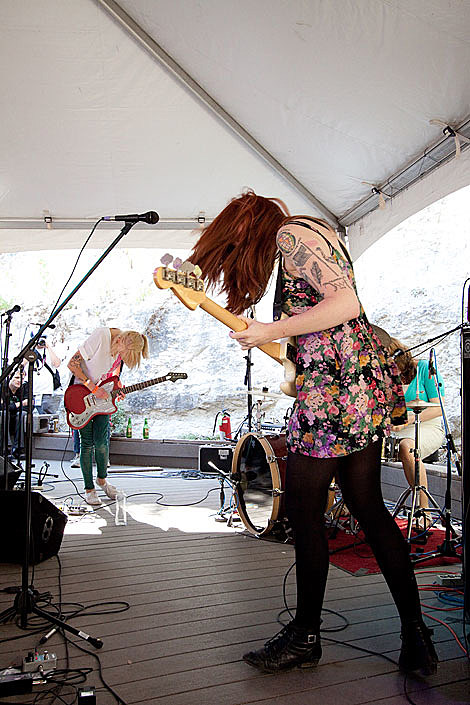 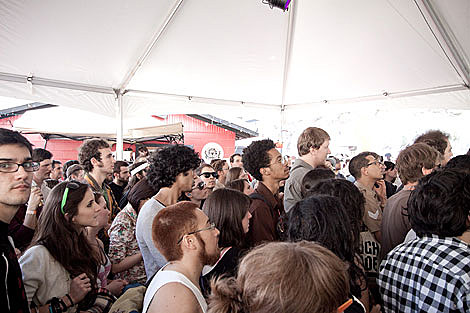 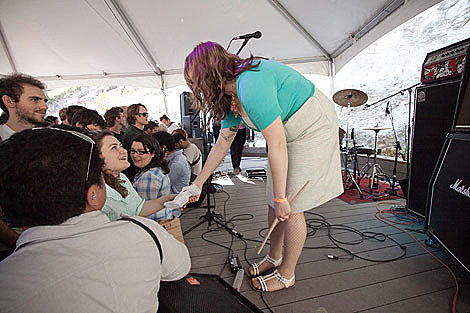 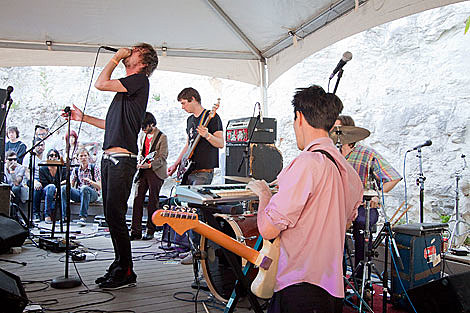 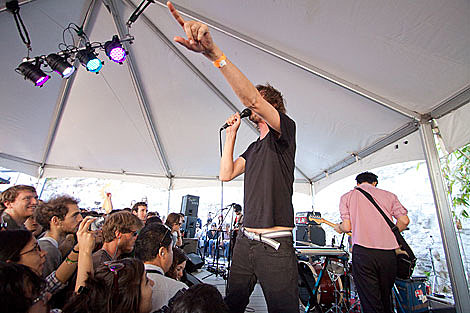 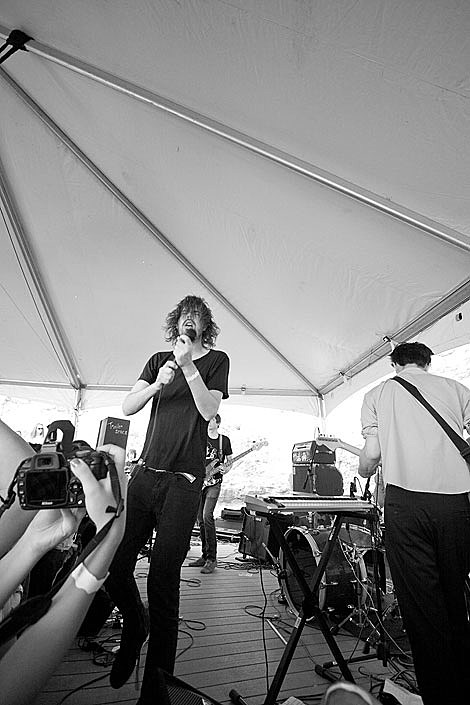 And at Cheer Up Charlie's...