Jazz Hand Job & These Are Powers 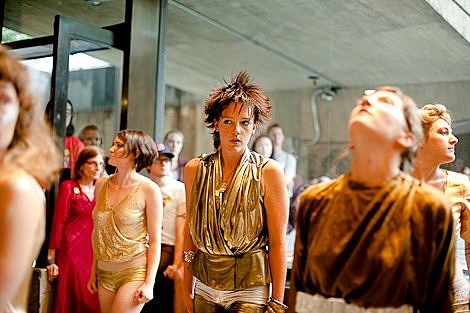 Fans trekked through the rain and packed the cafeteria of the Whitney Museum of American Art on Friday (7/31) to catch Vivian Girls and These Are Powers play a (very) early set. It was the fourth of four (or fifth if you count the Feelies show) shows that were put on in conjunction with the Dan Graham retrospective at the museum.

By 7pm, the crowd was eager to hear These Are Powers, hailing from as close as Brooklyn and as far as Chicago. While the cafeteria of the Whitney clearly wasn't built with rock-show acoustics in mind, Anna Barie belted out song after song without concern for the unconventional venue. Pat Noecker, on bass and vocals, and Bill Salas on electroacoustic drums and vocals accompanied, pumping out catchy tunes encouraging the crowd of hipsters, youngsters, and other Whitney patrons to bob in place. Alongside the band was Providence dance troupe Jazz Hand Job, a team of sparkly interpretive dancers, with choreographed numbers for a few songs. Throughout the set, they weaved through the crowd dancing to the electronic beats.

As Vivian Girls took the "stage", the cafeteria was filled to capacity- crowds spilling out to the back patio or watching from between the shelves of art books. The three women dove into their set, with Cassie Ramone on guitar and lead vocals, Ali Koehler on drums, and Kickball Katy on bass. The crowd watched and listened closely as the trio mixed interesting melodies with well considered discordant reverb to make a sound all their own. While the Vivian Girls are fun and energetic live; it's no surprise that an art-rock band like them would play at a free Whitney show. Still, I couldn't help but wish I was hearing them in a venue with better acoustics. Luckily they'll be playing Death By Audio on August 25th in Brooklyn for everyone who missed them or wants to catch them again- at a more traditional venue. 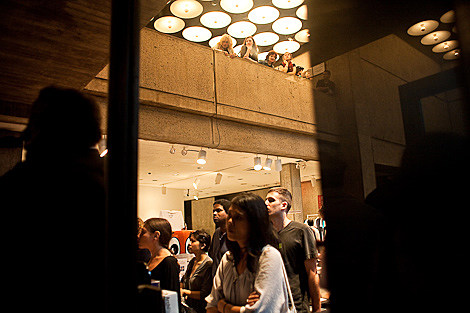 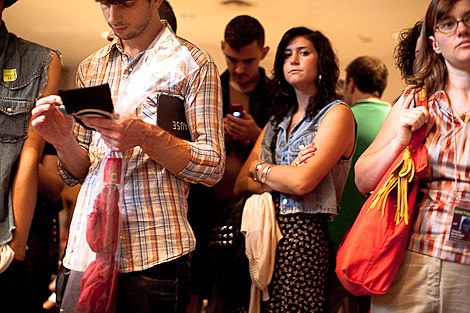 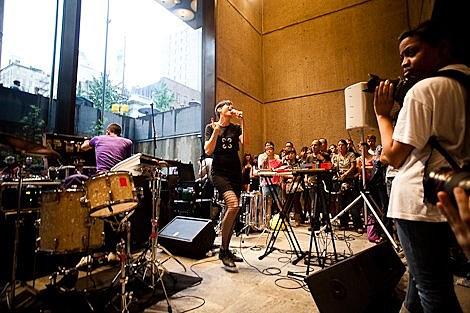 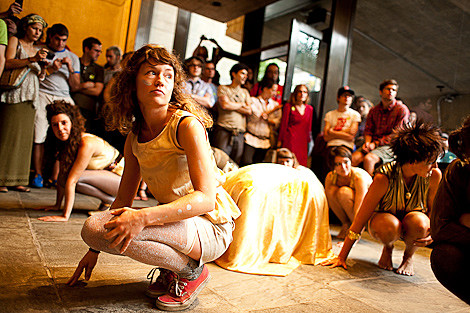 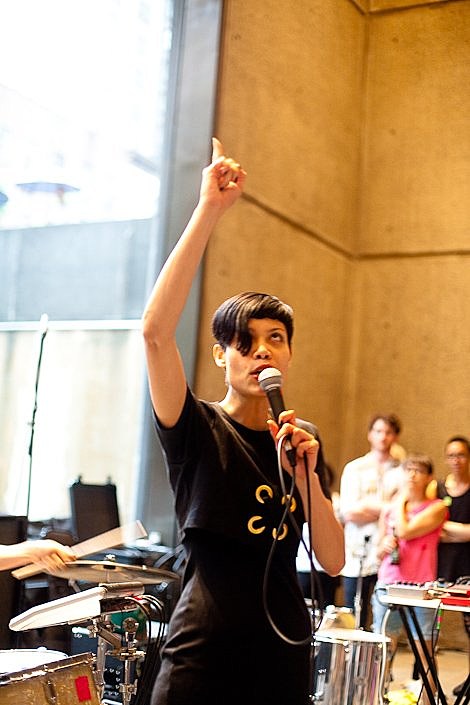 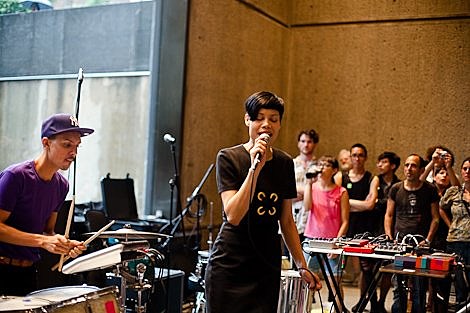 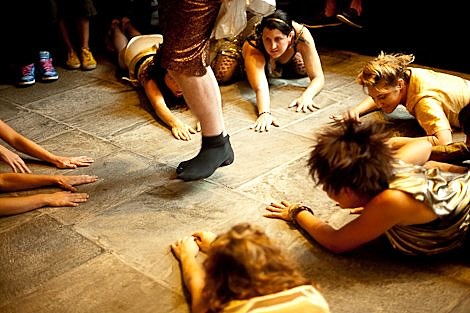 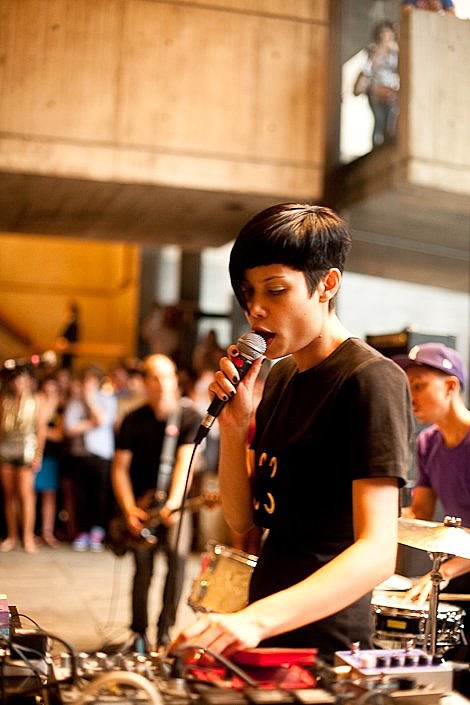 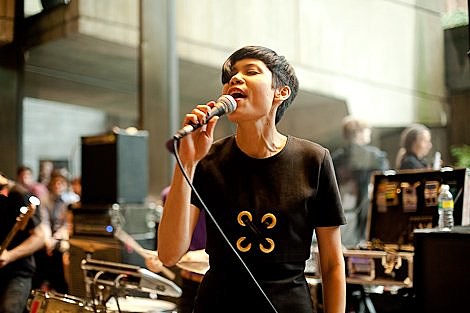 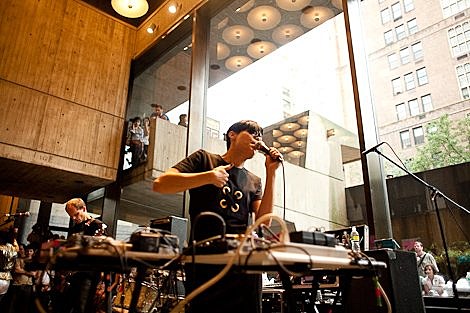 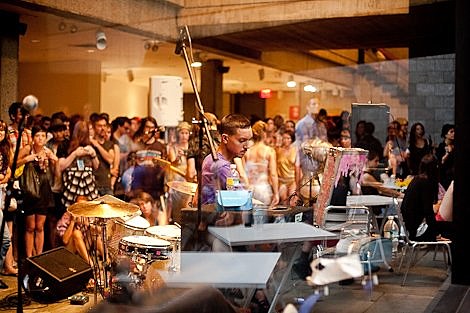 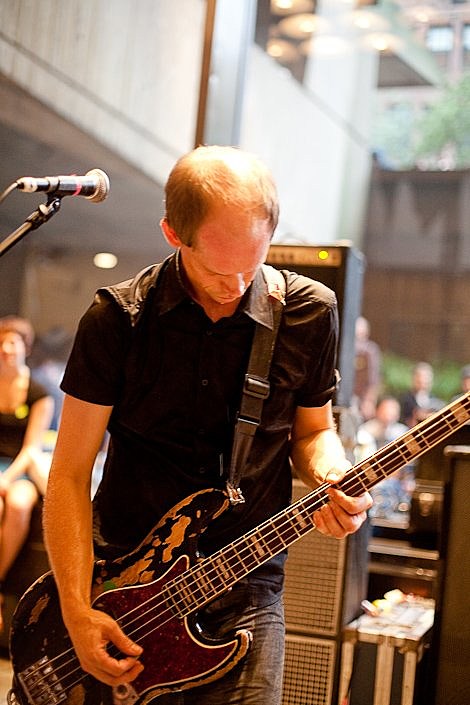 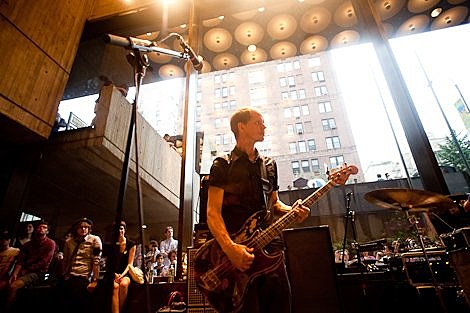 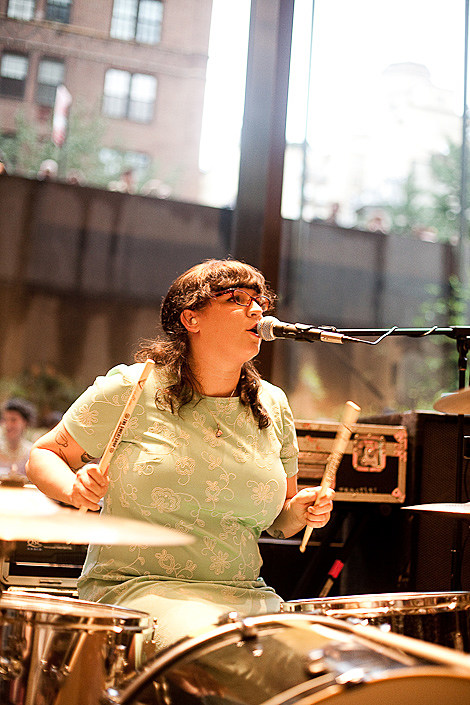 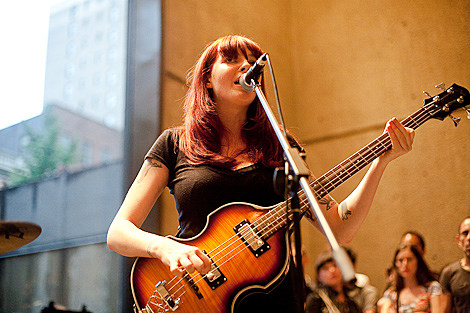 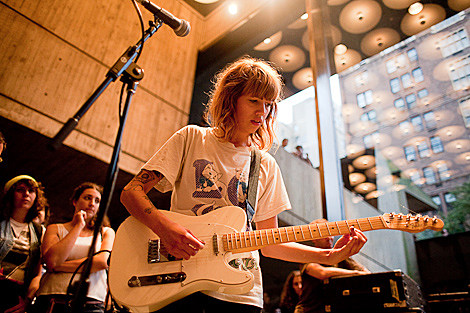 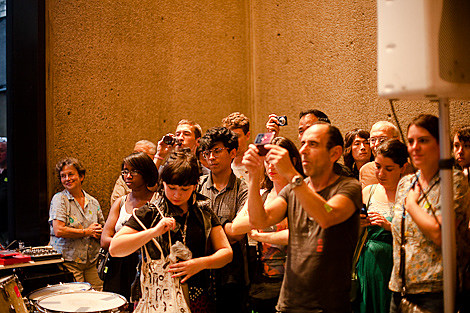 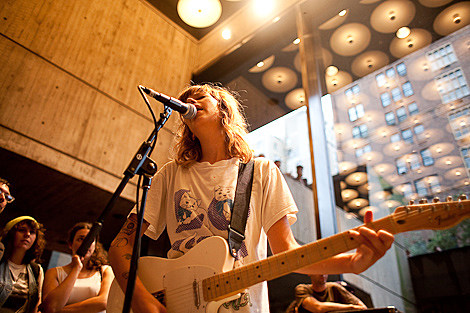 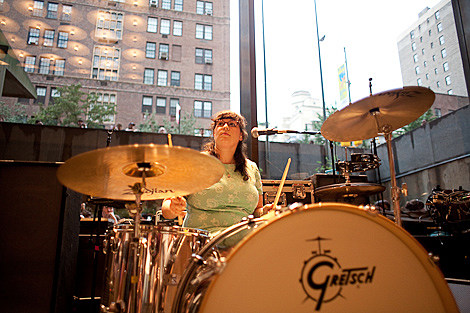 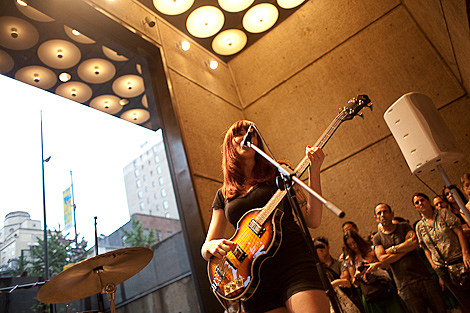 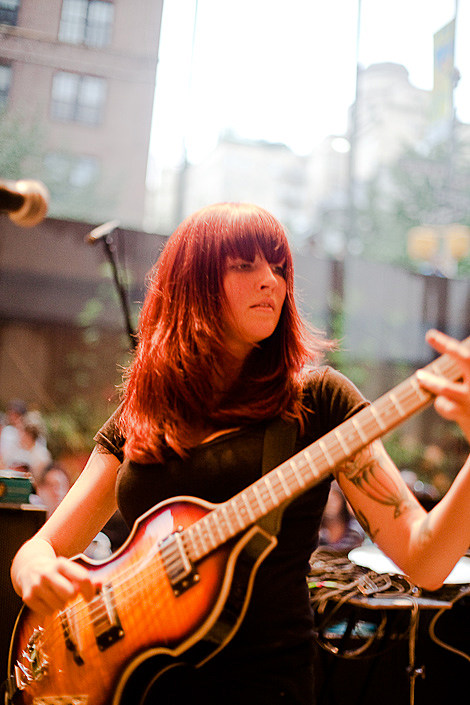 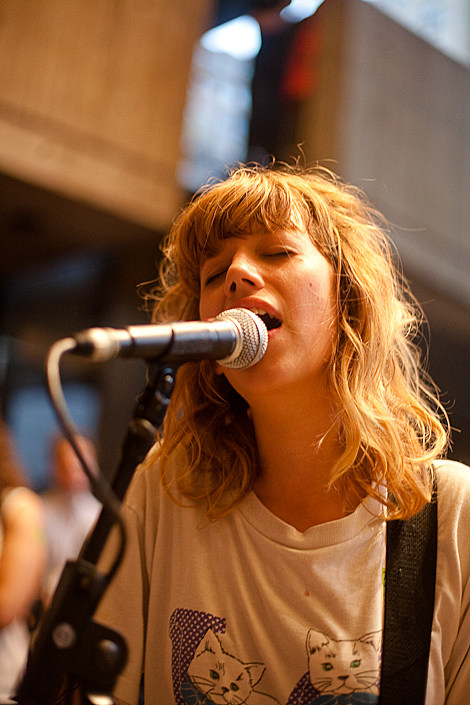 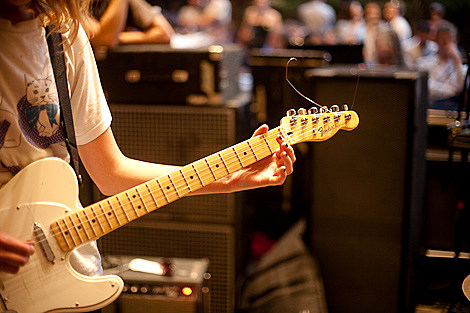 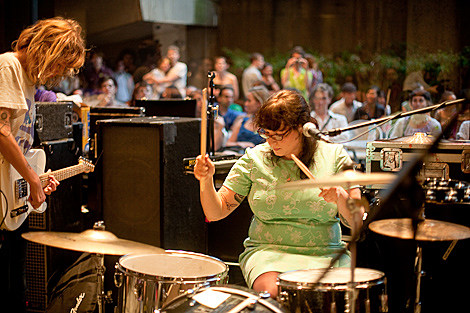 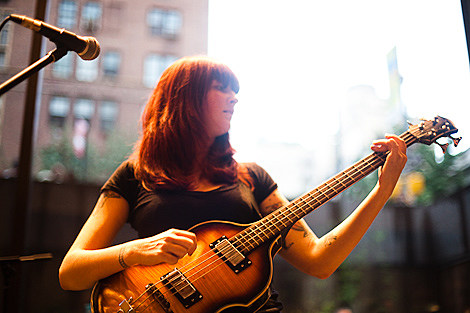 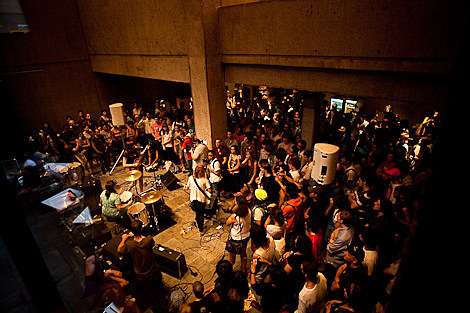 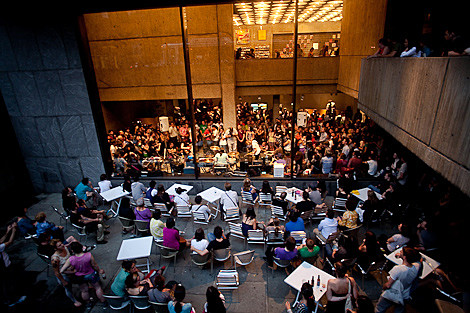 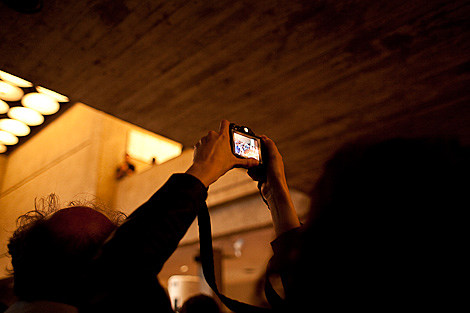 We also have photos of Abe Vigoda playing the Whitney, and Titus Andronicus and Real Estate.