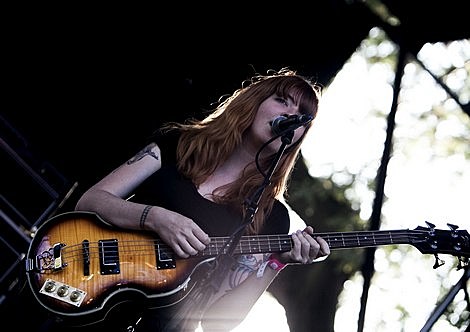 7:07 p.m.: The Vivian Girls put out one of my favorite albums of 2008, and their brief but hard-hitting set [at the Pitchfork Festival] doesn't disappoint. Big, melodic bass lines provide a foundation for innocent harmony vocals, a mix of tart and sweet that proves irresistible. Only disappointment, they didn't play "Where Do You Run To." [Chicago Tribune]

That's a review of the Vivian Girls' July 19th set at Pitchfork Festival. The group will be kicking off their (relatively) short North American tour on August 25th with a show at Death By Audio. The Beets, who join them on most of their tour, open that gig. The trip leads up to the release of their sophomore album, Everything Goes Wrong, which comes out September 8th on In the Red. A track from that is above.

After a set of September/October tour dates in Japan & Australia, Vivian Girls are also tentatively scheduled to play a Halloween show that will "tentatively" (how Todd P lists it) happen at the Ridgewood Temple (1054 Bushwick Ave). Todd also lists two other shows that same night: Mount Eerie at the Market Hotel with Malkuth and Liturgy, and a show with Wooden Shjips, Religious Knives, and Crystal Stilts (who feature ex-Vivian Girl Frankie Rose on drums) at a venue TBA.

Meanwhile over in South Brooklyn, the Bell House will host a late show with Junior Boys and an early show with the King Khan & BBQ Show and Dum Dum Girls (who feature ex-Vivian Girl and current Crystal Stilt Frankie Rose on drums) (maybe not again though), on a Halloween that is shaping up to be a big night for NYC concerts this year (many that should not be competing).

Mroe pictures and interviews of the Vivian Girls at the Pitchfork Festival, with all tour dates, are below... 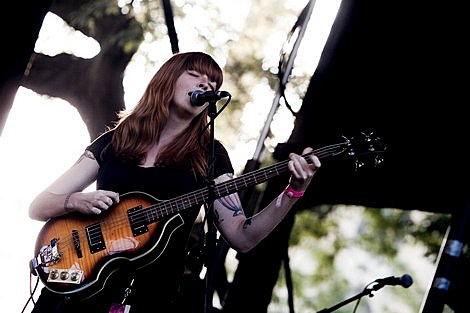 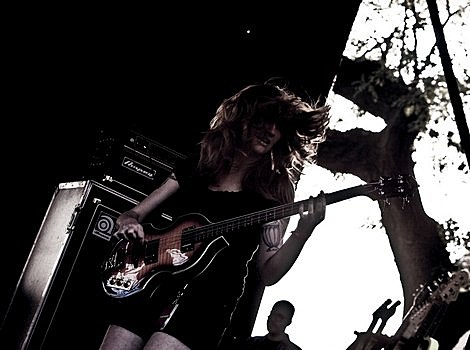 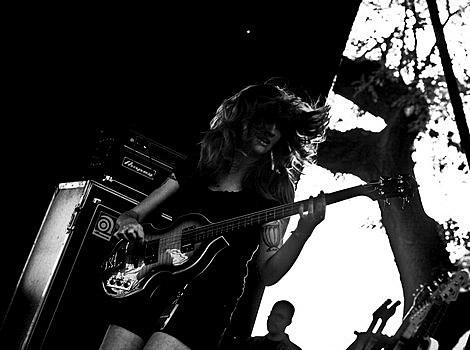 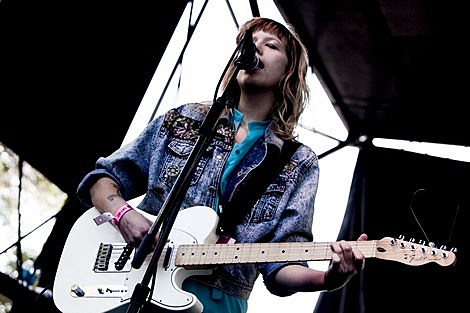