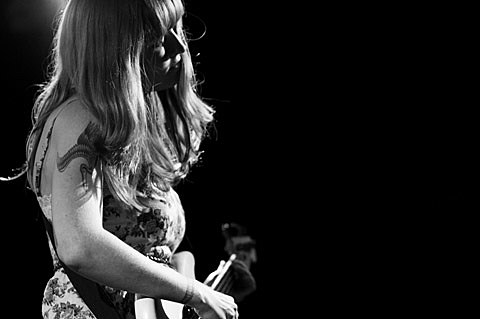 The latest free "Converse Rubber Tracks Live" show has been announced with headliners Vivian Girls, plus Widowspeak, Eternal Summers and Heliotropes which happens at Music Hall of Williamsburg on February 15. While the 16+ show is free, you do have to get your tickets through Ticketmaster and those will be available on Wednesday (1/30) at noon.

Vivian Girls don't seem to have any other shows at the moment though Cassie and Katy have both been busy with The Babies and La Sera, respectively. Widowspeak just played Mercury Lounge and their very good second album, Almanac, is out now.

For Eternal Summers, the MHOW show is part of a short East Coast tour and those dates are listed below. And, as mentioned earlier today, Heliotropes have a few other local shows coming up as well.