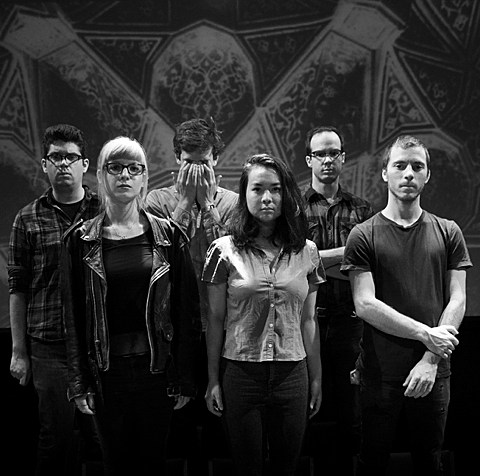 You may be familiar with Brooklyn singer/songwriter Mitski, who mostly makes twee-ish indie pop, but she's now also fronting a metallic prog band called Voice Coils, which is primarily the brain child of former Roomrunner member Sam Garrett, and also features current and former members of Extra Life, Cellular Chaos, Epistasis, Porches, Skeletons, Feast of the Epiphany and Couch Slut. That's an impressive (and diverse) resume! Voice Coils don't just look good on paper though. Their new "In Sixths" / "Field and Border" 7" came out this week and is a terrific blend of spiraling prog riffs, complex arrangements, dark atmospheres and Mitski's soaring, operatic take on dream pop vocals. Hear both tracks for yourself, below.

Voice Coils will celebrate the new 7" with a release show at the soon-to-close Death by Audio on Monday (9/15) with Ovlov, Ronald Paris and New Firmament. $8 at the door gets you in.