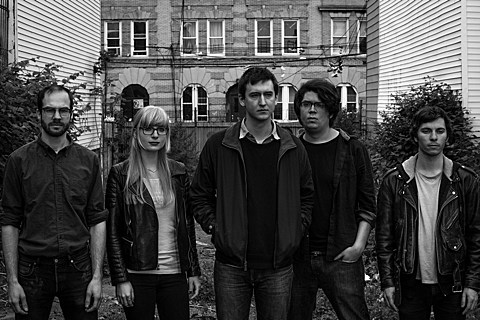 Voice Coils, who we profiled last year, are releasing a new EP, Heaven's Sense, on June 30 via Shatter Your Leaves. Voice Coils is the progressive-leaning collective led by former Roomrunner member Sam Garrett, and also featuring Mitski and members of Extra Life, Porches, Couch Slut and more. This is no throwaway side project though. The music is considerably different, and often more difficult to grasp than some of the more popular related projects (like Mitski and Porches). But it's no less interesting. The EP's newest single, "Black Is The Color Of My True Love's Hair," sounds equally rooted in traditional British folk as it does in droning experimental music. It's good stuff. That song premieres in this post, and can be streamed with previous single, "An Atrium," below.

Voice Coils will play a release show for the new EP in their hometown of Brooklyn on June 29 at Roulette. Opening is Dirty Projectors member Nat Baldwin. Tickets are on sale now. For those curious, Mitski hasn't been performing live with the band recently, despite still appearing on recordings.