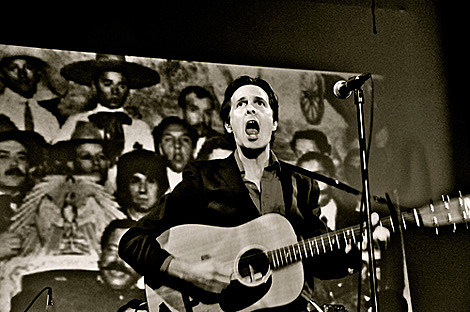 Walter Schreifels unfortunately cannot make his solo show at Generation Records tomorrow on Record Store Day. Due to the Icelandic volcano, Walter is stuck in Moscow and won't be able to fly home in time. "I'm at a Dharma Initiative like military camp about 30 miles outside of the city. It's not bad, only that we can't leave and I left my book on the plane from Tokyo. The ash from that Icelandic volcano has grounded any flight headed that way for days...so I'm stuck here." (from Walter via email)

However you can still catch him at the album release show for his solo debut, An Open Letter To The Scene. The album is out May 4th on Academy Fight Song, and the show is at the Studio at Webster Hall on May 5th.

The other Record Store Day shows at Generation Records are still on, as is the volcano-caused Shrinebuilder show happening at Europa tonight (4/16).