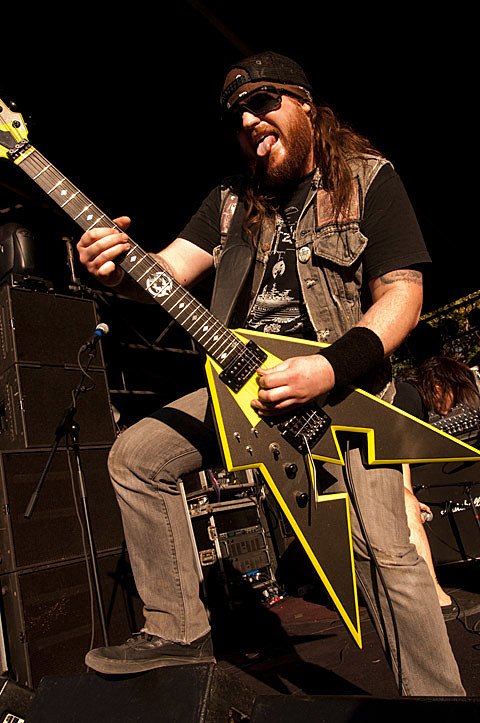 When he isn't bashing our skulls in with nitro-injected thrash riffs, Municipal Waste's resident guitar nutjob Ryan Waste might be found manning the four string for his other project Volture. The Richmond band takes cues from NWOBHM greats like Angel Witch and Iron Maiden on their new mini-LP, Shocking It's Prey, due on January 25th via Heavy Artillery Records. Check out "Heavy Metal Machine" streaming below.

Volture will play a few dates wiith Cauldron surrounding the release of the LP with, including their official record release show at Union Pool in Brooklyn on January 30th with thrash killers Natur. Full tour dates are below. Cauldron are welcoming their new LP as well; look for Burning Fortune on Earache on 2/15/11.

Natur recently played the Live Evil Fest in the UK. They were handpicked to play the festival by Fenriz of Darkthrone. The weekend also featured appearances from Ghost (not the Japanese psych band, the one who made the Decibel top 40), Ramesses, Hooded Menace, Angel Witch, Obliteration, and many more. Video of Natur at Live Evil is below, along with dates and the Volture song stream. 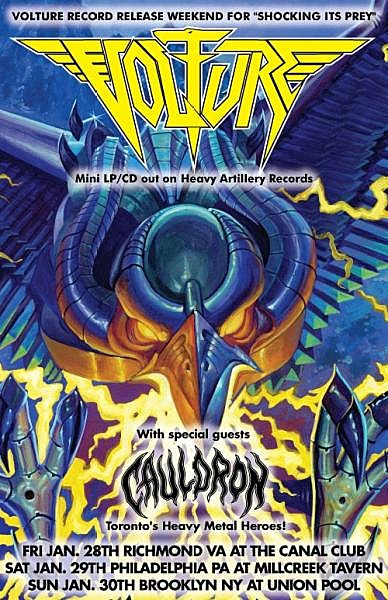