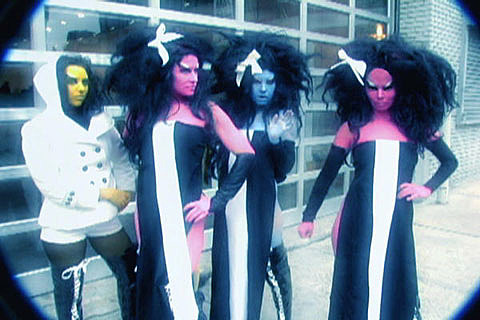 The lineup for the New York Dolls show at Warsaw in Brooklyn on Saturday, May 22nd has been filled out with opening acts performance-art/punk Voluptous Horror of Karen Black and party glam band Foxy Shazam. Tickets are still on sale. We have two pairs to give away as well. Details are below.

The Warsaw has a bunch of other shows coming up too. Details on those (and ticket links) and videos of both NY Dolls openers (including a brand new "What's In My Bag?" at Amoeba with Kembra Pfahler of Voluptuous Horror of Karen Black) are below...

Thu 6/24
Au Revoir Simone (which is part of the Northside Festival)
The Hundred in the Hands, CALLmeKAT, Runaway

All Warsaw tickets are on sale HERE.