"And the words sound so good sung. 'We were drunk while we were married a week and we both had us a farmer's tan, I like rock songs, hey baby baby yeah' ('What Do'). God, that's good stuff." -heartonastick 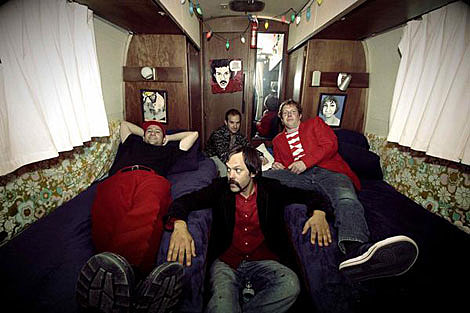 There is a gaping hole in rock music between mindless dude rock and what gets foolishly called "literate" rock, and that murky in-between can be a pretty freeing ocean to swim through. Which is exactly what Vulture Whale does. This is a band that knows that the real spectacle of rock and roll is found in playing the music with all of its unruly sound and energy. When your songs are this good, and when they clatter along pushing against their tight and brilliant structures at every turn, well then you don't need light shows or pyrotechnics. You also don't need Pynchon references or 50-cent words. [Pop Matters]

Alabama's Vulture Whale will be coming to the NYC-area for two shows this weekend: Friday, August 21st at Maxwell's with Della Valle, Neil Nathan and Elisa Girlando, and Saturday August 22nd at Pianos (their Pianos set time is 8PM).

Two videos, "Teedy" and Sugar," both of which showcase the band's bar-rock chops, are posted below with all tour dates (and tour poster), and the new album cover, but first a note from John Darnielle...

"So it is that when I heard there's a band called Vulture Whale I said to myself "self-fulfilling prophecies be damned, a band called Vulture Whale has gotta kick ass." And indeed my brethren the shit is live. They sound like Silkworm. Then after a while they sound kind of like the 3Ds a little. Mainly though there is a heavy Silkworm injection here. That is 100% OK by me. There should be more bands who sound like Silkworm and less who sound like they think they have something original to contribute to the field of Rocking Dionysiac Abandon. That shit is straight played out, man. Vulture Whale is not played out. They groove like Silkworm and I, for one, will take it."

John has his own tour and NYC shows coming up as well. Vulture Whale stuff below... 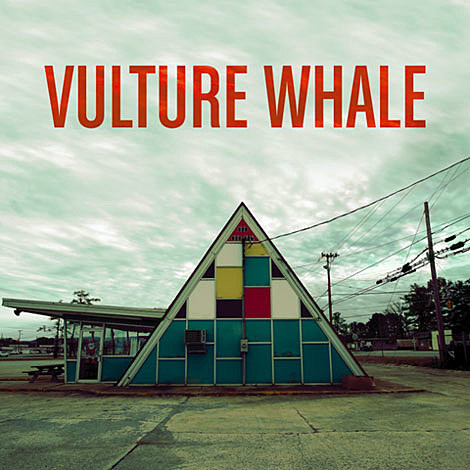 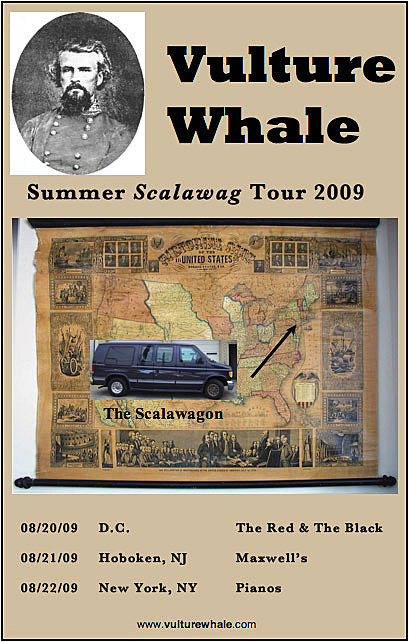