Zambian psych band W.I.T.C.H. (We Intend to Cause Havoc) wrapped up their short U.S. tour on Tuesday for a night of Zamrock classics at Brooklyn's The Bell House. Singer/founder Jagari Chanda was a real fireball, still in fine voice, jumping around the stage, high-fiving people in the crowd, and handing out the cowbell to people to play. His backing band was great, too, and included '80s-era member Patrick Mwondela, plus musicians/fans Jacco Gardner, Michael Rault, and Stefan Lilov (of Swiss band L’eclair). Brooklyn band Habibi, who were with W.I.T.C.H. for a few dates of the tour, opened the night. Check out pictures from the whole show in the gallery above and setlist and a few videos from Bell House are below. 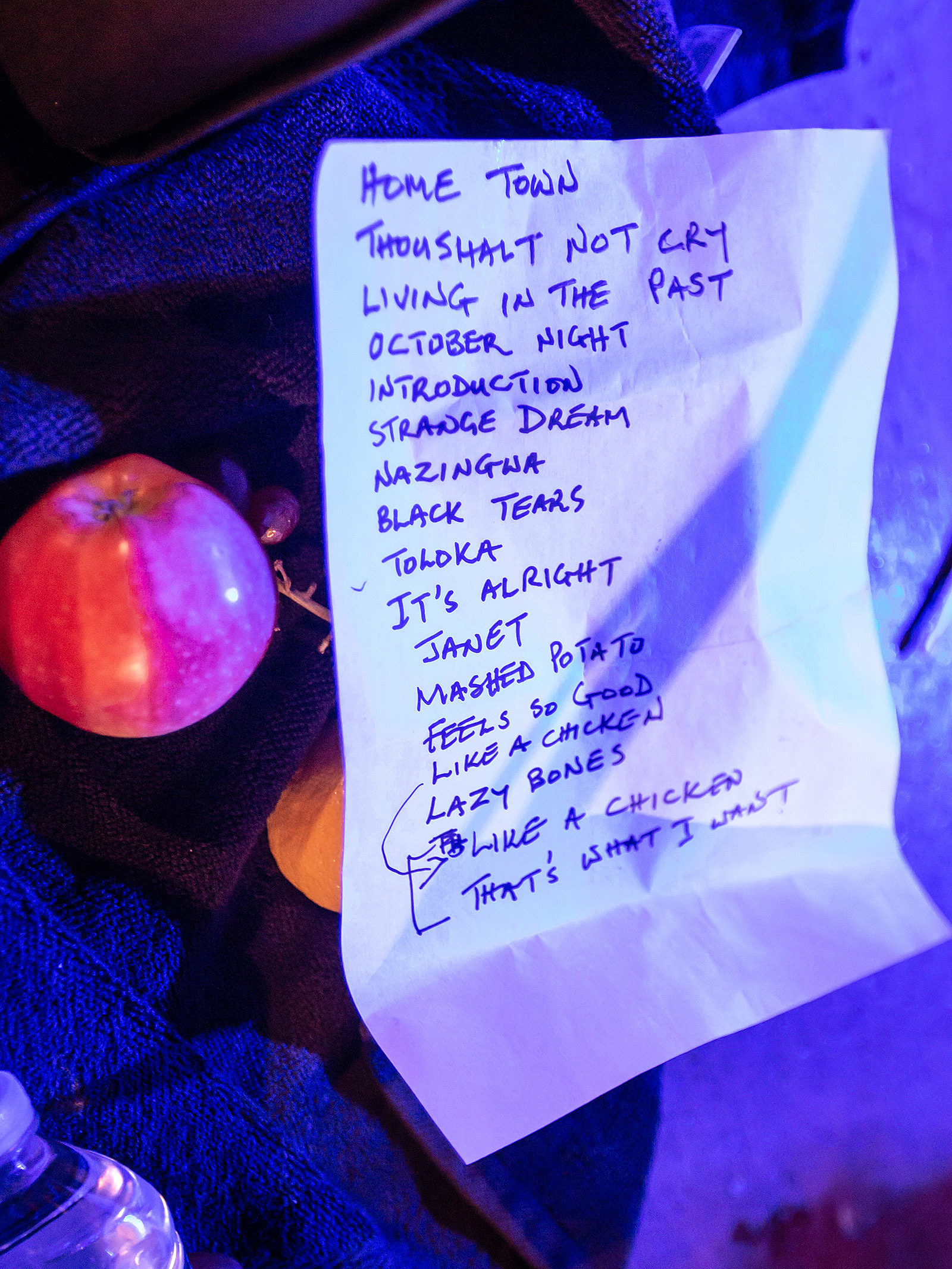