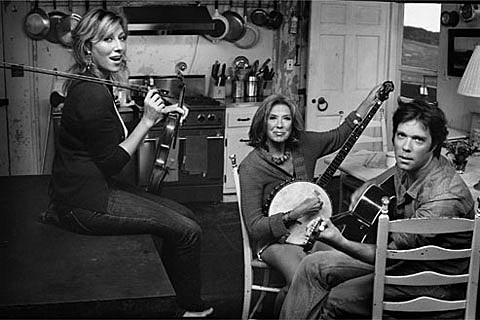 On May 12 and 13, Rufus and Martha, along with their aunt Anna McGarrigle will host A Celebration of the Music of Kate McGarrigle, a pair of tribute shows to be held for their late mother at New York City's Town Hall. These shows will feature performances by Rufus and Martha, as well Anna McGarrigle, Jimmy Fallon, Emmylou Harris, Antony (of Antony and the Johnsons), Krystle Warren, Teddy Thompson, Justin Bond, Jenni Muldaur, Sloan Wainwright and more. Tickets for both shows are onsale now at Ticketmaster.com.

Rufus will also be on hand at two upcoming book signings in LA and NYC: "Photographer Tim Hailand has just released One Day in the Life of Rufus Wainwright, a new collection of images offering an intimate glimpse into Rufus' personal life. To celebrate the release of the new book, Rufus and Tim will appear at the New York and Los Angeles locations of BookMarc, on March 3 and March 10 respectively, for a pair of book signing sessions."

Teddy Thompson has many other shows and a tour coming up.

Justin Bond played Doveman's last Salon, and Martha Wainwright plays the next one.