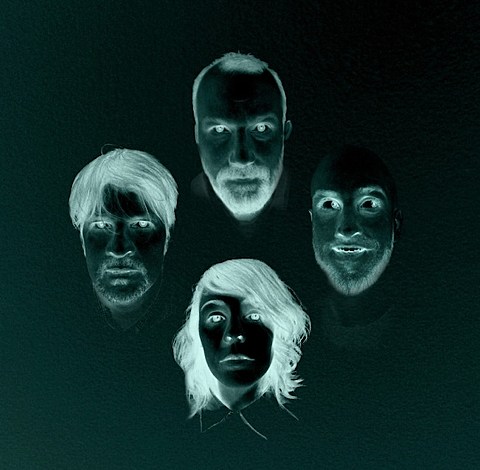 Some people will tell you "don't judge a band by their name" and Chicago's Walking Bicycles are a perfect example of why. As soon as I heard their name I thought I was getting one of those psuedo-indie pop bands that play at 1 PM on every US festival, but Walking Bicycles are actually a pretty heavy rock band. They call themselves "doom pop" which also may sound a little silly, but is actually a great description of their sound. They're dark and aggressive, but they've got plenty of hooks too. Their new record, To Him That Wills The Way, comes out on August 12 via the band's Highwheel Records. It was engineered by John San Paolo at Electrical Audio Studios (with additional engineering by Neil Strauch at Soma Studios) and mixed by Sanford Parker. Get a taste of it from the new single "Eyesore" which premieres in this post and can be downloaded above or streamed below.