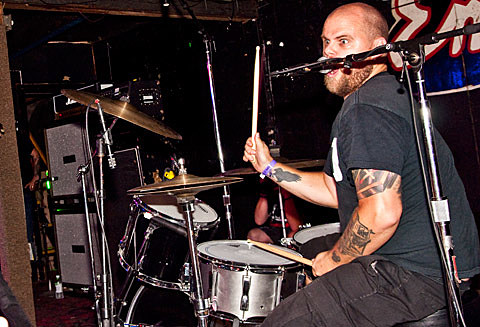 Walls (mems Cold Sweat/Iron Lung) will hit the road for a string of West Coast dates with Aussies True Radical Miracle in the next week. The shows are celebration of both band's new releases due on Iron Lung Records (home of Total Control, Dead Language, Kim Phuc, Iron Lung, etc). Full tour schedule and flyer are below.

Both Walls and True Radical Miracle will welcome said releases, the new The Future is Wide Open LP and the Termites LP respectively, via their label on February 2nd or at the merch table on the previously discussed dates (EU fans, head to De Graan Republiek to get your copy). Stream the first four tracks from EACH LP below; fans of noisy, nihilistic hardcore will dig Walls while TRM contains strains of everything from post-hardcore, garage, noise, punk, and everything in between. Both are definitely recommended.

Reminder, Kim Phuc's excellent Copsucker LP is out now (get it). The band will play LPR on 2/4 with Ceremony, The Rival Mob, Hoax, Gods & Queens and another band TBA. Tickets are on sale.

Total Control, who released Henge Beat via Iron Lung last year, was named one of our favorite LPs of 2011.

Stream that new Walls and True Radical Miracle material below, alongside more streams and all tour dates. 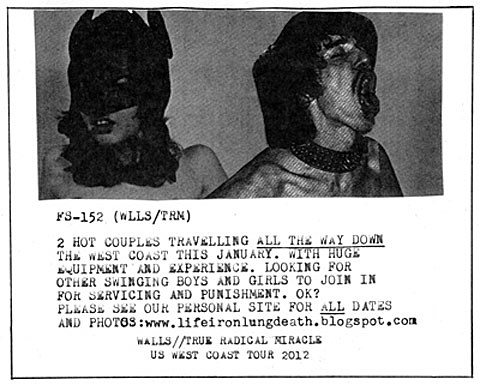 Selections from Walls - The Future is Wide Open by brooklynvegan

TRUE RADICAL MIRACLE - And At 9am I Am Invincible