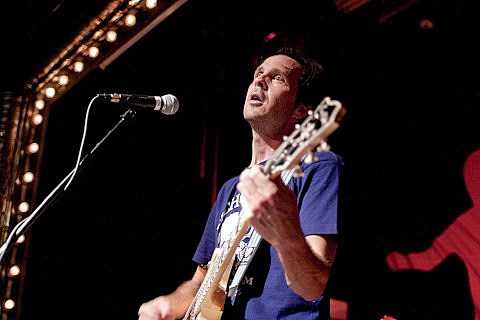 It's hot time, summer in the city and I'm playing a residency at my new favorite bar in Greenpoint, Saint Vitus!!!

I've been jonesing to play in Bk. and bust out some of my new material for "Jesus Is My Favorite Beatle" as well as soak up the only slightly less hot than daytime, summer nights AND for those of you who prefer the past to the future, have no fear-I'm knocking around the idea of playing side 2 of Slip, completely improvised, I will NOT practice. Also, considering side 2 of Victim in Pain...might be a game-time decision.

My point is that I'll be keeping it lively, experimental and if that doesn't work I've invited some other great artists to join me. For my debut on June 16 I am honored to have the talented Fletcher C. Johnson on board to perform in addition to the roots stylings of The Goddamn Rattlesnake

Walter Schreifels, who recently played Webster Hall in Gorilla Biscuits, will headline three Thursdays in June at new venue Saint Vitus (1120 Manhattan Avenue, Greenpoint) starting this Thursday (6/16). The other shows are 6/23 with Radar Fiction and 6/30 with Vs Antelope. All shows feature one more band TBA and are $7. Flyer is below. Keep your fingers crossed for that cover of Slip.

Rival Schools also have some dates scheduled, though the only one in the US at the moment is Lollapalooza. All of their dates are also below... 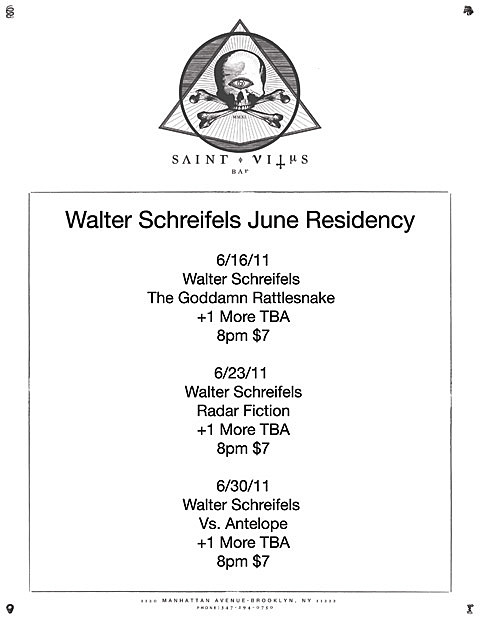