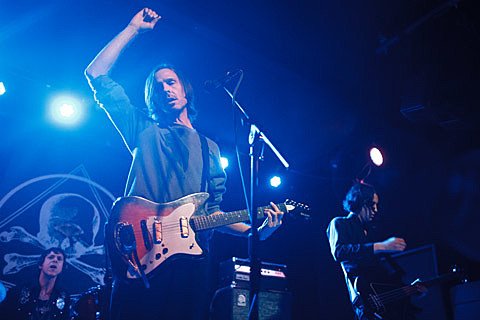 Walter Schreifels' new-ish garage/psych band Dead Heavens have had no lack of hometown NYC shows lately, and they've currently got three more coming up. First is their Saint Vitus show on April 16 with Philly riffers Ruby the Hatchet (which Sweden's Blues Pills unfortunately dropped off), and then they play two nights at Bowery Electric, May 14 and 21. The first of those is with opener Slonk Donkerson and the second is with Slavve. Tickets for the Vitus and Bowery Electric shows are on sale now.

Those Bowery Electric shows happen just before they head across the country to open for the reunited Rocket From the Crypt and The Bronx in California (tickets). That's one of three upcoming dates for RFTC, the other two being Houston's Free Press Summer Fest and Montreal's Heavy Montreal.