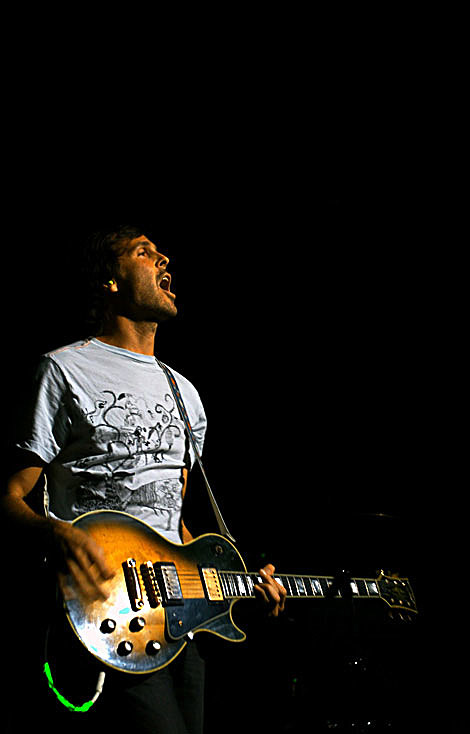 Walter Schreifels in concert doesn't just mean it will be the hardcore veteran playing his Martin acoustic. For a few dates (so far), Walter Schriefels (the band) will play shows in the northeast, including one on June 17th in NYC at The Studio @ Webster Hall. Ticket info is forthcoming. Expect a mix of "everything" (Quicksand, Gorilla Biscuits, covers...), except Rival Schools since they are currently active. The band is:

If you've ever seen comedian Dave Hill play guitar, you know he can shred (usually) in addition to telling jokes. He knows his shredders too. Catch his band Valley Lodge as "the house band for Triumph the Insult Comic Dog Presents Bonnapoo 2009" in the Bonnaroo comedy tent. Catch Dave's hilarious live comedy show, The Dave Hill Explosion, next at UCB in NYC on May 21st with special guests Takka Takka and Ira Glass.

Walter Schreifels' other venture, Rival Schools, are scheduled to play a few dates with Eagles of Death Metal, including NYC on August 6th at Webster Hall. Tickets are still on sale. Rival Schools is working on their new album, the follow-up to United By Fate and first album since reuniting.