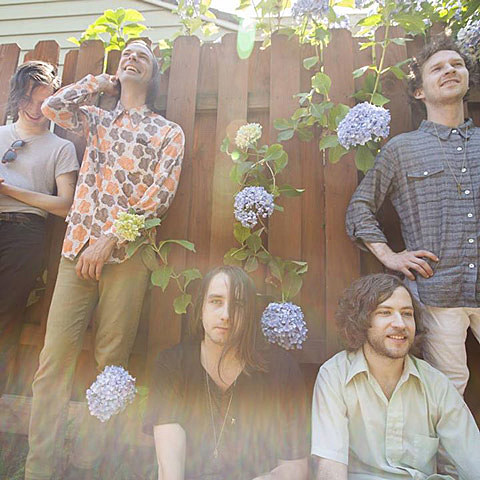 Portland's Wampire are back with their second album, Bazaar, which will be out October 7 via Polyvinyl. Originally a duo of Rocky Tinder and Eric Phipps, Wampire are now officially a five-piece and the new album was recorded direct-to-tape at Brooklyn's The Museum, with Unknown Mortal Orchestra's Jacob Portrait behind the boards. (Pre-orders are available now.) The band are still mining late-'70s / early-'80s soft rock (I have a feeling these guys own a couple Gerry Rafferty LPs), and the saxophone makes an appearance on the new album's first single, "Wizard Staff," which you can stream (via Stereogum) below.

Wampire will be opening for Temples on the West Coast leg of their current tour. All dates, plus the new track stream, below...