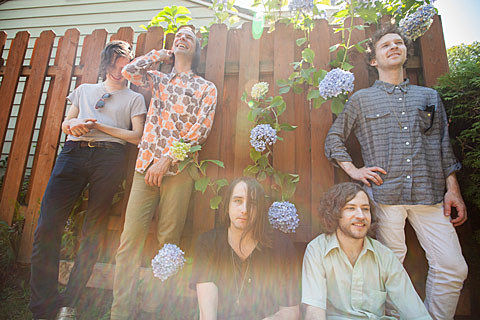 As mentioned, Wampire are set to release their new album, Bazaar, which is out October 7 on Polyvinyl. The band have just shared a second single from the album, "The Amazing Heart Attack," which is more of a driving rocker than the already-out-there "Wizard Staff" and you can stream both of those below.

Wampire will soon start their West Coast run with Temples and alfter that, they're going to hook up with Montreal band TOPS for a tour of the rest of North America. That will include an NYC stop on October 17 at Baby's All Right. Tickets for that show are on sale now. It's part of the Baby's All Right 1 year anniversary celebration, like the Porches/Frankie Cosmos show happening later that night. 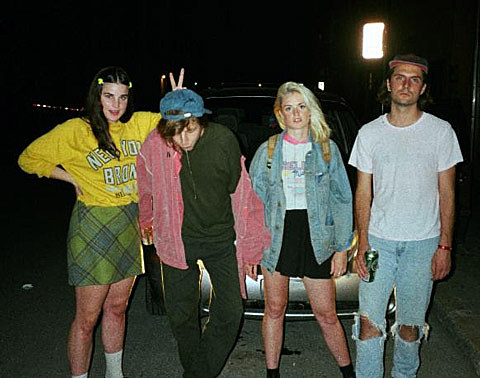 As for TOPS, they just released their new album, Picture You Staring, via Arbutus Records. The band have become a lot more accomplished -- both with their instruments and with songwriting -- and there's a lot to like on the album, especially if you have a soft spot for late '70s/early-'80s soft rock. Especially good are the vaseline-on-the-lens ballad "Outside" (shades of Berlin's "Take My Breath Away") and terrific single "Way to Be Loved" which is built around guitarist David Carriere's irresistible riff and singer Jane Penny's cooing vocals. The video for that, directed by Fantavious Fritz and shot at Arbutus' Montreal HQ, features cameos by Cadence Weapon and Mac DeMarco (also Mac's testicles, be warned). You can watch the video and stream the full album (via Rdio) below.

Both Wampire and Porches will be around for CMJ, too, so look out for more shows to be announced as we get closer to the fest.

All tour dates are listed, along with video and streams, below...