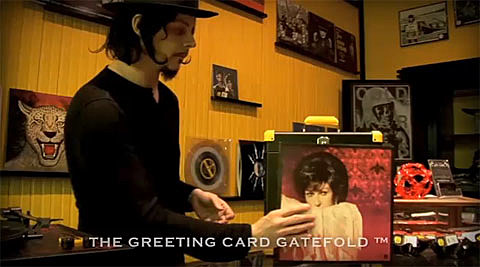 Wanda Jackson, who will be flanked by the Third Man House Band featuring Jack White, will play sold out shows in Brooklyn and LA next week. If you didn't get your ticket for Ms Jackson, then you're in luck. "The Queen of Rock" will return to NYC one month later to play Bowery Ballroom on February 24, but note: the Third Man House Band is not billed as her band on the the Manhattan show. Tickets go on sale at noon.

Wanda is prepping to release her new Jack-White-produced-LP The Party Ain't Over via Third Man/Nonesuch Records on January 25th. The LP features Mr. White as well as his wife (Karen Elson), in addition to bandmates Jack Lawrence (The Dead Weather/Raconteurs, also The Greenhornes) & Patrick Keeler (Raconteurs also The Greeenhornes), and other greats like Carl Broemel (My Morning Jacket). The LP features eleven covers from the past century, and you can check out the tracklisting below.

The Greenhornes are going on tour soon too. They play The Bell House on April 8th (tickets) and Maxwell's on April 9th (tickets).

The above picture is taken from a video where "label head Jack White, takes an on-camera minute to explain some of its latest creations. From the The Greeting Card Gatefold™ limited edition release of upcoming Wanda Jackson LP "The Party Aint Over" to the The Third Man Monkey Band™ - only at the store front in Nashville, TN. This fantastically old-time machine plays clips of exclusive, unreleased music from Third Man Records." That video, Wanda's full tour schedule and her tracklisting is below... 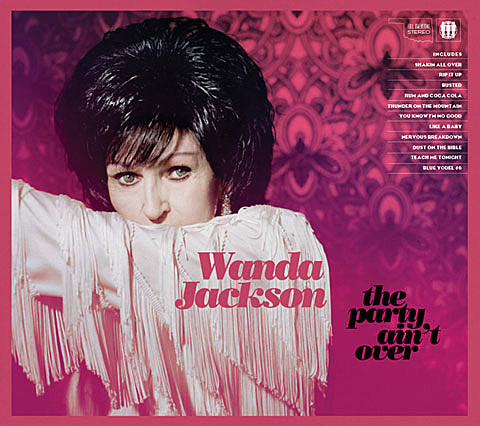 --
To win a pair of tickets to Wanda Jackson @ Music Hall of Williamsburg, e-mail BVCONTESTS@HOTMAIL.COM (subject: Wanda). Include your first and last name in the email. A winner will be chosen randomly and contacted with instructions. Good Luck!