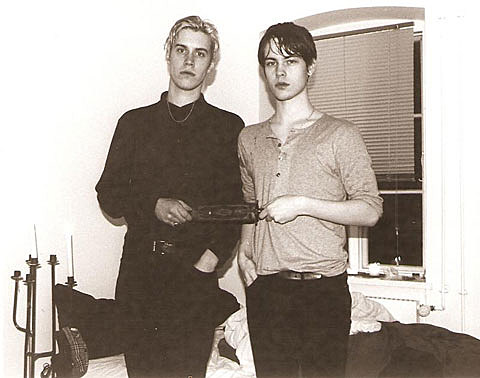 we mentioned that Crystal Stilts played 285 Kent with Woods over the weekend, it was their only announced non-festival date. I guess technically that's still true, but not really, because they're now set to play the Sacred Bones party at the Northside Festival on Glasslands on June 17. The lineup also includes Amen Dunes, Iceage side-project War who are now called VÅR, Wymond Miles (of Fresh & Onlys), and Warthog. Tickets are on sale now.

It's probably a good idea that War changed their name, and according to the band, VÅR (which translates to "spring") is not just a change in name, but also a change in direction. They've released their first new video as VÅR (pictured above), for the track, "In Your Arms," which you can watch below. Their debut LP is set to come out next year on Sacred Bones. The Northside party will be the US live debut for VÅR.

Amen Dunes in Chicago in February (more by Grant MacAllister) 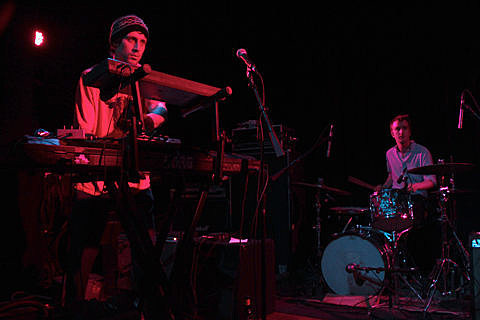 Speaking of Amen Dunes, he just released the Ethio Covers 7", which consists of three covers of Ethiopian songs. One of those, "Ethio Song," can be streamed below.

For Wymond Miles, the Northside show is part of a June tour he'll be going on, most of which is with labelmates Psychic Ills (who plays Death by Audio on 5/25 with Ex Cops and PC Worship). That tour will be in support of Under the Pale Moon, his debut full length and followup to the Earth Has Doors EP, which came out earlier this year. Under the Pale Moon will be released on June 12 via Sacred Bones. Download the track, "Pale Moon," above or stream it below.

Lastly, Warthog (formerly Chain Wallet) is a new Brooklyn "supergroup" which includes Chris Hansell (who left The Men in 2011 to be replaced by Ben Greenberg aka Hubble) and members of Nomos, Nude Beach, Creem, and Dawn of Humans. They played their first show at 538 Johnson on April 8 with Hoax, Veins, and Raw Nerve. Check out footage of most of that show below.

VÅR - "In Your Arms" Official Video