DOWNLOAD: The War on Drugs - Taking the Farm (MP3) 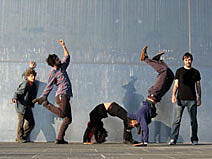 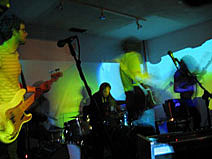 The Acorn are from Canada and have a record out now on Paperbag. The War on Drugs are a Philadelphia band who have a new record coming out on Secretly Canadian ("Wagonwheel Blues" - available June 17, 2008).

These two bands are not going on tour together, BUT they are both playing the next edition of (BrooklynVegan & Klaus Kinski present) Rock n ROFL @ Pianos in NYC on May 5, 2008 (Cinco de Mayo)...

We're working on getting an open bar again, and the rest of the comedy lineup will be announced soon. Tickets are on sale.

Both of these bands are also playing a bunch of other shows including ones in NYC with Bishop Allen, The Cave Singers, and Ola Podrida. All dates below....