Much like the Merge label, Warp Records is ringing in its 25th anniversary this year. The lauded electronic label will celebrate with the Warp25 on September 14, 19, and 20 at Krakow, Poland for three special engagements.

The first (9/14) will be Squarepusher assembled chamber arrangements featuring Sinfonietta Cracovia that will interpret the works of Squarepusher and modern classical composers Messiaen, Xenakis, and Ligeti. The second (9/19) showcases the London Sinfonietta reworking Aphex Twin and Boards of Canada compositions, along with John Cage and Steven Reich.

Tickets for all three Warp25 events are on sale now (the ticket site's in Polish, be warned). There's also an official Warp25 Spotify Playlist and you can check out the full lineups below. See you in Poland!

The one name on Warp's roster that pretty much everyone would like to hear from again is Aphex Twin. While we wait for him to release something new (it could happen, just ask Kevin Shields), one of the lost treasures from his discography, the Caustic Window LP, is finally seeing a release thanks to a music forum, Kickstarter, and 4,116 contributors.

Caustic Window, one of Richard D. James's many recording aliases, cut a few EPs in the early '90s for Rephlex that were later collected on Compilation. According to Mike Paradinas -- the guy behind µ-Ziq and operator of Planet Mu records -- there were plans for a full Caustic Window album:

In the interview, Mike described the tracks in detail, and went on to explain that only 4 people at the time were known to have a vinyl test pressing of the album - Richard James, Chris Jeffs (aka Cylob), Grant Wilson-Claridge (co-founder of Rephlex Records) and Mike himself. Each person was sworn to never make copies of the music, and for 20 years, not a single track had ever been commercially released (with the exception of two tracks that appeared on compilations).

Then, out of nowhere, the record hit the Discogs marketplace. The We Are the Music Makers forum rounded up resources, got in touch with Rephlex for digital distribution rights, set up a Kickstarter, and $67,424 later there's new/old, old/new Richard D. James music out in the world. And the effort to make it available was worth it. Caustic Window, streaming below from a YouTube upload, falls in the middle of early Analogue Bubblebath installments and Hangable Auto Bulb. Of course, in typical James fashion, there's plenty that has little precedence at all. The physical copy is currently listed on eBay, with the winning bid split between James and a charity.

The full Warp25 lineup along with the Caustic Window stream appears below.... 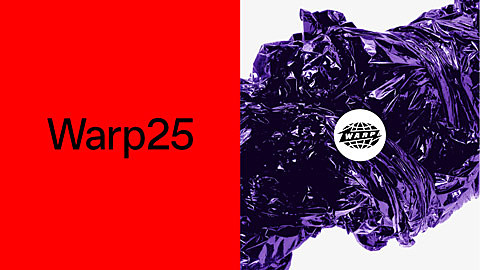