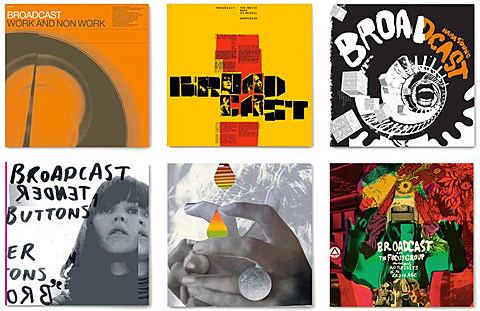 Yay: Warp just announced that they're reissuing Broadcast's entire catalog on vinyl on March 9. That includes, of course, their 2000 full length debut, The Noise Made By People (one of the best albums of the '00s, according to me), 2003's Ha Ha Sound, and early singles/EPs compilation Work and Non Work. As the original vinyl releases regularly fetch over $100 on the used market, this is great news. (Ask and ye shall receive.) Warp is offering a Broadcast Bundle of all six reissues, and preorders of any of the albums come with an eight-page 10" x 10" booklet of album art.

We tragically lost singer Trish Keenan in 2011. Broadcast released the soundtrack to Berberian Sound Studio in 2013, which was their final work. If you've never delved into Broadcast's pristine world of sound -- '60s baroque psychedelia with a love of analogue synths that timewarps them into the future -- you can stream some of their LPs via Rdio, below.