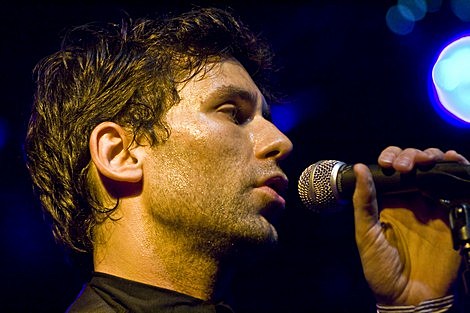 Warp20, the 20th anniversary concert series for the estimable UK label, has added a closing party at Le Poisson Rouge to its NYC schedule of events that run from September 3rd to 6th. The new September 5th show, which takes place after the previously-announced WFC Winter Garden gig, will feature sets from Jamie Lidell , The Hundred in the Hands and Born Ruffians. Doors are at 11pm. Tickets are on sale now. Just to be clear:

We have a pair of tickets, which are still on sale, to giveaway to the Terminal 5 show with Battles, !!!, Prefuse 73 Flying Lotus and Pivot (who are visiting us from Australia for the first time). Details are below.

More Pivot dates, and a few video clips from the anniversary event Warp held earlier this year in Paris (with Aphex Twin and Hecker) are HERE and below along with a video preview of the label's commemorative box set, which comes out September 25th...

TO WIN A PAIR TO TERMINAL 5: email BVCONTESTS@HOTMAIL.COM (subject: BATTLES). Include your first and last name. One winner will be picked at random and contacted and then placed on the guestlist.

And so, Flying Lotus is now playing the Terminal 5 show instead of the World Financial Center show which looks like this: