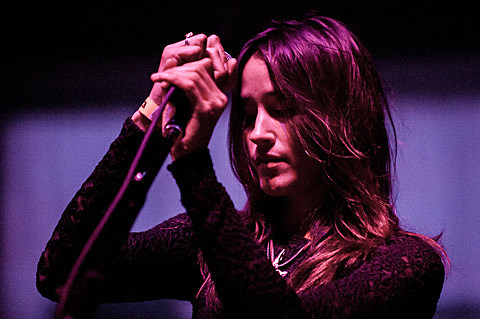 Though LA dream pop quartet Warpaint have been remaining active, they've been feeling on the quiet side, considering we haven't gotten an album since their 2010 debut, and it's been over two years since they last played NYC. They've mentioned a new album is in the works, but not many details on that yet. However, we do know for sure that they'll finally return to NYC for a show on October 1 at Music Hall of Williamsburg. Tickets for the MHOW show go on sale Friday (7/26) at noon.