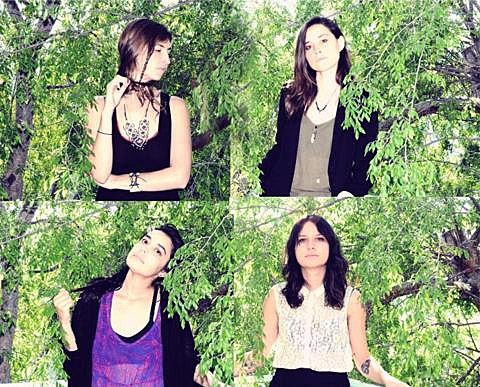 Warpaint return next month with their eponymous sophomore album on January 21. The band let us hear "Love is to Die" earlier this year and have just shared a second track, "Biggie." The new song is all fat, pulsing analog synths and ghostly vocals and you can stream it below.

The band have also just announced a few 2014 tour dates, mostly on the East Coast. Warpaint will usher in spring in NYC at Webster Hall on March 21. Tickets for Webster Hall go on sale December 13 at noon with an AmEx presale beginning December 11 at noon.

All tour dates are listed, along with the new track stream and video of the band playing Pitchfork Paris, below...