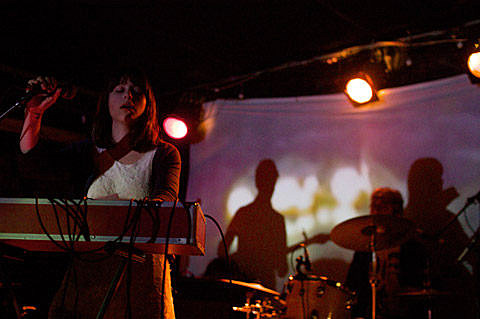 Washed Out (aka Ernest Greene), who was just in Austin for SXSW, will head out on a US tour this April and May. That tour includes a show at Highline Ballroom on April 22 which is sold out, but he just added a Brooklyn show happening one day later at Music Hall of Williamsburg (4/23). Tickets for that show go on sale Friday (3/30) at noon with an AmEx presale starting Wednesday (3/28) at noon.

Many of the tour dates, including the Highline show, are with Memoryhouse. While they're in NYC, they'll be playing their own NYC show the day before the Highline show at Public Assembly (4/21) with Ex Cops and Matteah Baim. Tickets for the Brooklyn show are on sale now. No opener has been announced for Washed Out's MHOW show yet.

Washed out recently revealed a Karina Eibatova-produced video called "Flower Anthem," to accompany music performed at his Daytrotter Session from this past February. That session included "Feel It All Around," "Amor Fati," and "You'll See It." Check out that video, along with all dates below...