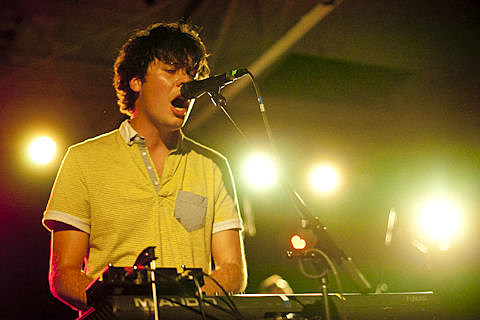 As mentioned, chillwave survivor Washed Out is releasing his new album, Paracosm, on August 13 via Sub Pop. He's got a few festival appearances scheduled following its release, including MusicFestNW, FYF Fest, and Bumbershoot, and while a full tour hasn't been announced yet, a few other dates are popping up. One of those dates happens in NYC on September 18 at Terminal 5, Washed Out's largest headlining show here yet. Tickets for that show go on sale Friday (6/7) at noon.

More shows will likely be announced, but all currently scheduled dates are listed, along with the Paracosm album trailer, below...