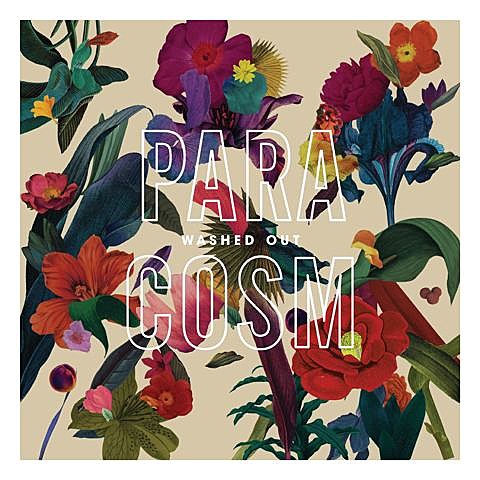 Washed Out (the nom-de-synthe Ernest Greene) is gearing up for the August 13 release of his third album, Paracosm, with a few events this week, two of which happen in NYC. On Friday (8/2), Williamsburg's funky ice cream shop OddFellows will debut its "Paracosm" flavor, which is rose-tinged raspberry ice cream.  (It's not vegan, but they do have sorbets and other vegan options.) The "Paracosm" ice cream was worked on together by Greene and the folks at OddFellows, which is run by Sam Mason who used to be pastry chef at WD-50 and was host of IFC's Dinner with the Band. You can get free samples of at OddFellows on Friday from 4 PM - 8 PM and the album will be playing continuously in the store.

Then on Sunday, August 4, Greene will host a "Washed Out Pool Party" at the Lower East Side Thompson Hotel (which does indeed have a rooftop pool). The party goes from 2 PM - 7 PM and also features DJ sets from Chrome Sparks, Small Black and Lemonade. It's free with RSVP.

Before those NYC events, Greene will be at LA's Sonos Studio on Monday (7/29), performing stripped down arrangements of Paracosm songs in a special "light house" installation. Following the performance, Greene will sit down with NCSN deejay Nick Harcourt for a Q&A. That is free with RSVP as well.

Washed Out will be back in NYC for a big show at Terminal 5 on September 18. Tickets are still available. Flyers for both NYC events are below. 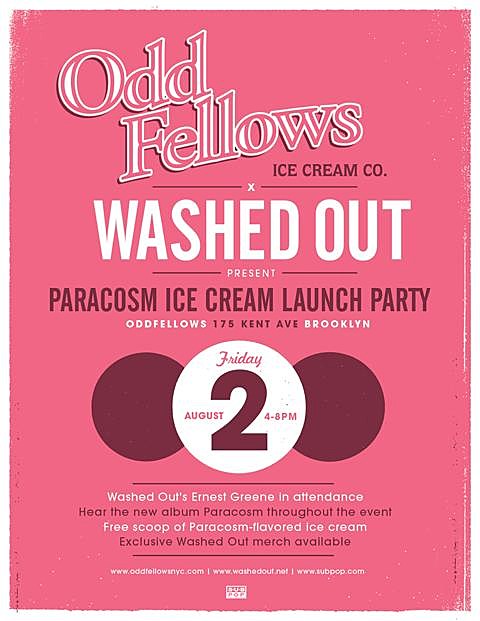 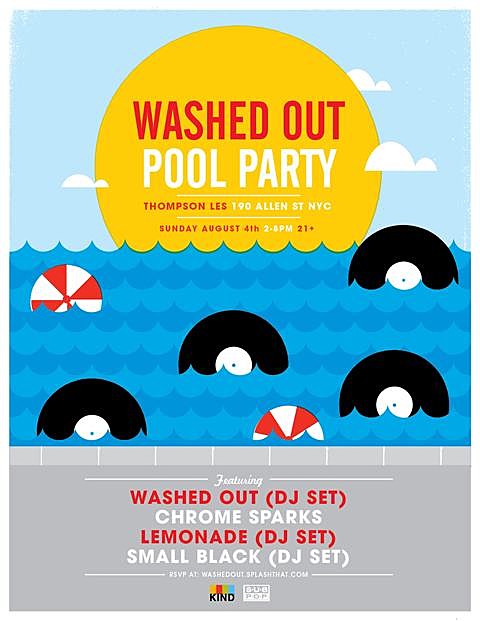