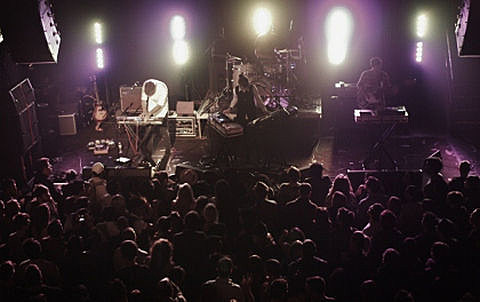 When Georgia native Ernest Greene (aka Washed Out), sold out his first scheduled show at Highline Ballroom before I could get a ticket, I thought, "no fair" as I tweeted, and begged him to add another. I know it's probably not my doing, but much to the surprise and excitement of all his fans, he added Monday night's show at Music Hall of Williamsburg, with tour mates, the dream pop duo Memoryhouse.

Scheduled to begin at 9, Memoryhouse didn't go on until about 9:30. By that point Music Hall was packed elbow to elbow with a stiff crowd. For just having all their gear stolen they did a hell of a job, playing what seemed like most of their debut LP, The Slideshow Effect, including "Little Expressionless Animals", "All Our Wonder", and "The Kids Were Wrong".

And though they didn't play their thoughtful Zombies cover of "This Will Be Our Year", they did, of course, play My Bloody Valentine's, "When You Sleep".

A white board was placed in front of where vocalist Denise Nouvion was standing and singing, meant to display whatever well-thought out, projected visuals they wanted to go along with their set. Unfortunately, the board was tilted just slightly up, so what it mostly produeced were the shadows of audience members. This inevitably resulted in more of a hand puppet show than a Memoryhouse performance. This also blocked Nouvion, and distanced her from the audience. If you look at photos from their set at Highline Ballroom the night before, the images were projected behind them, and made for a much more aesthetically pleasing show.

When Washed Out took the stage, Greene was backed by an entire band, flashing lights, some smoke, and an overwhelming but appropriate amount of bass. His set up, set list, and even attire seemed exactly the same as the night before, but no less entertaining.

I had some concerns that his music would fall flat when being performed live, but I was very much mistaken. Greene's set showcased every different kind of song he's written from the funk-inspired, dance-provoking "Get Up", to the softer,"Before", and the classic, sensual, "Feel It All Around". Huge beats and echoing synths consumed Music Hall of Williamsburg. Aside from lights, there were no projections, tricks or gimmicks, just his music, which proved more than enough to keep the crowd captivated.

He left some of his most well-known songs for the end, like "Feel It All Around", and "Amor Fati" off his recent, highly regarded album, Within and Without. Greene said few words throughout the performance, rather, allowing his songs to speak for themselves.

Check out more pictures from the Brooklyn show, below... 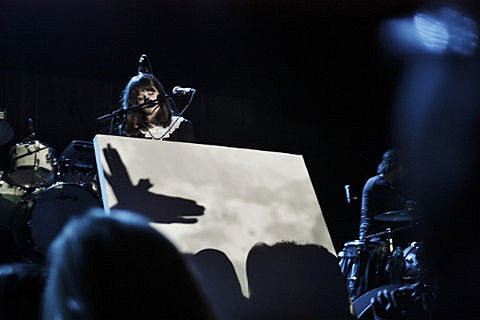 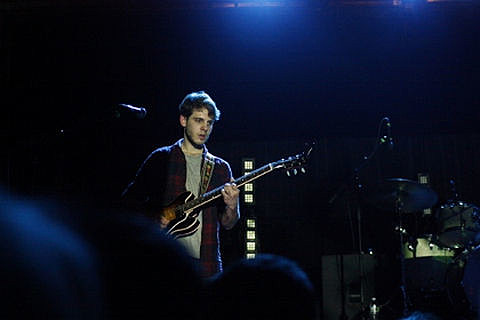 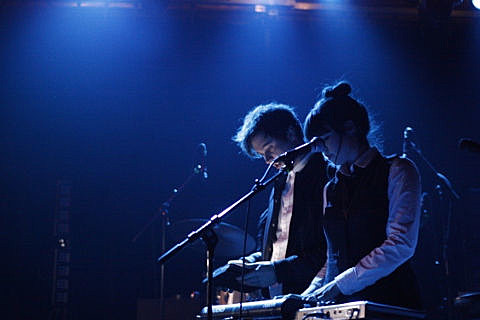 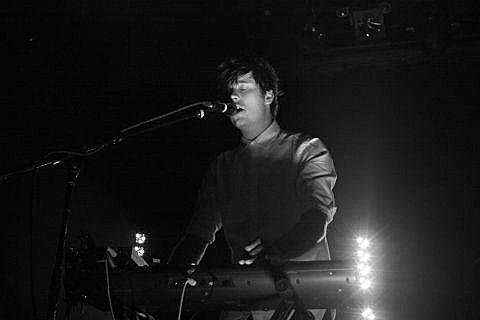 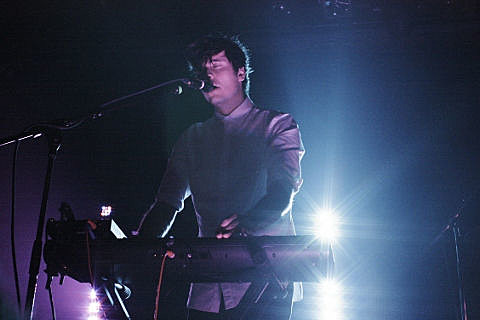 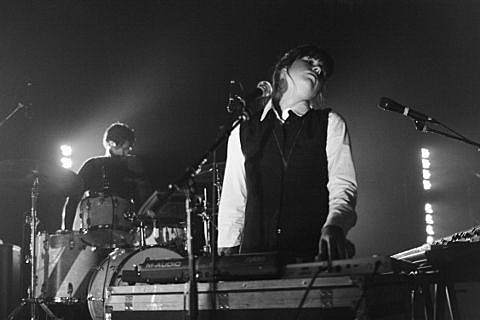 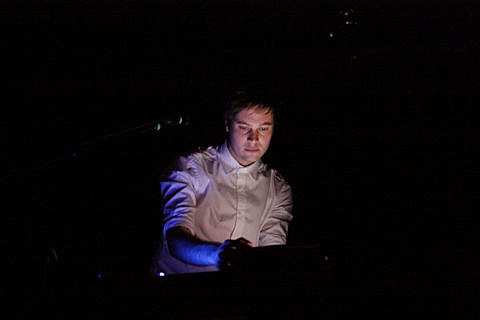 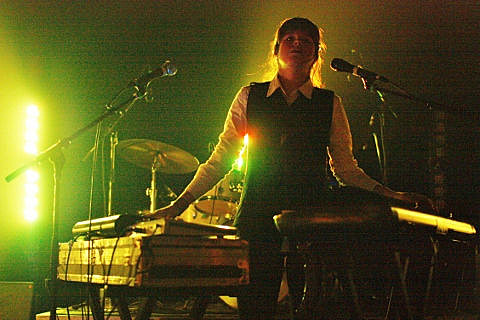 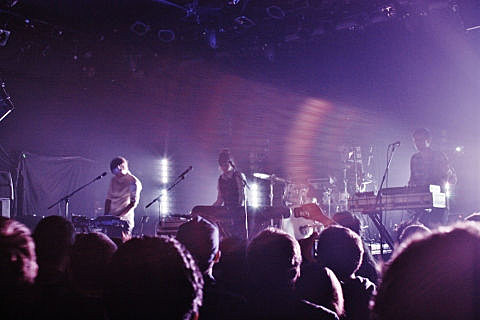 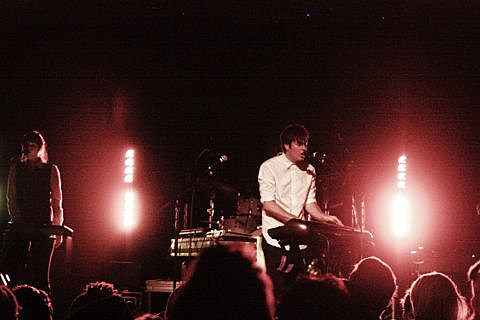 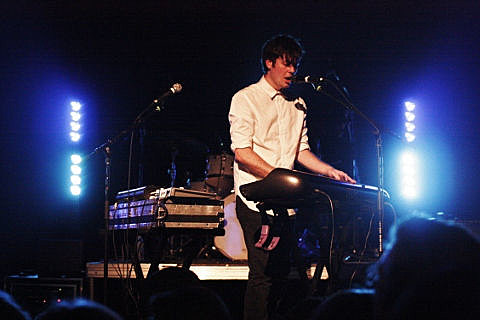 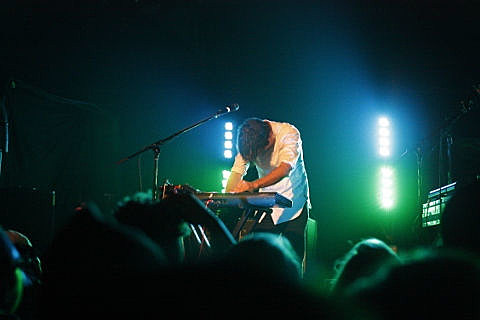 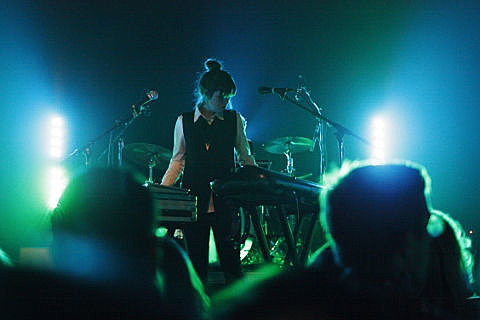 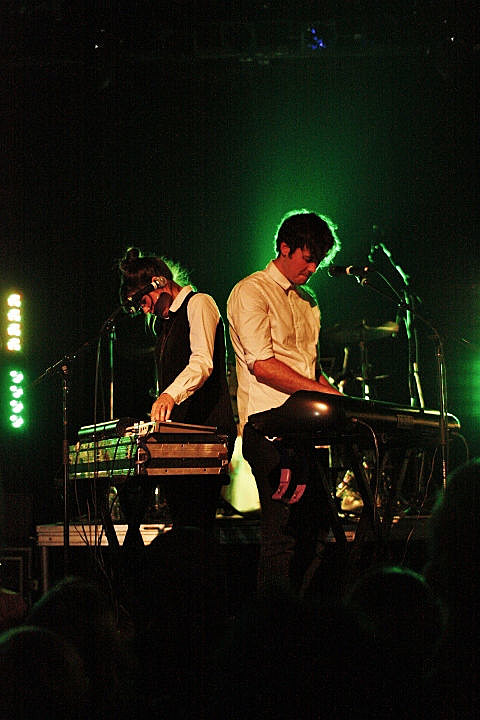 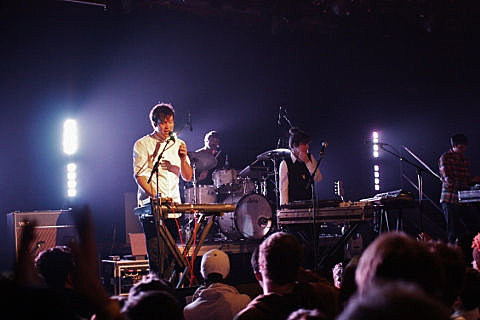 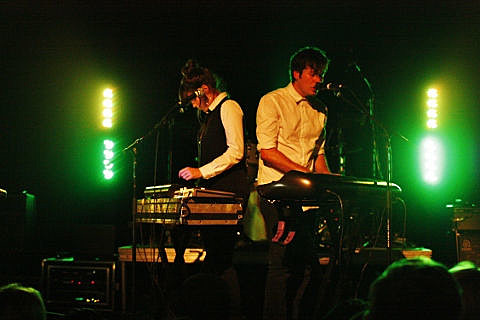 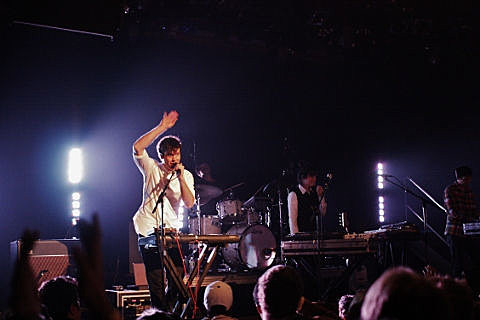 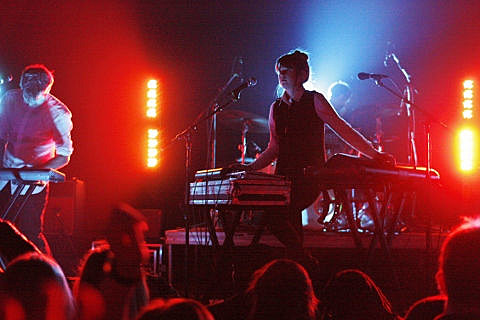 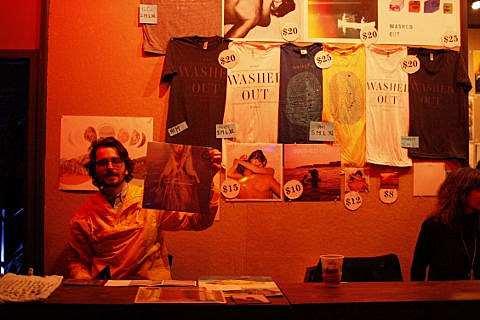