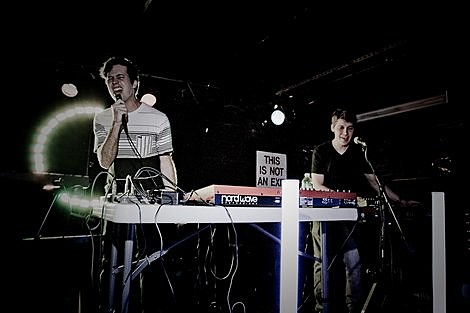 When Small Black joined Washed Out on stage midway through the latter's performance, during their first of two shows at Mercury Lounge (Monday, 3/7), they helped blow the French doors wide open on Washed Out's woozy boudoir pop. A note to all solo electronic protagonists out there in search of dreamy soundscapes: please bring a full band with you on tour.

Washed Out's (the stage moniker of Georgia based musician Ernest Greene) music was never envisioned beyond a solo manifestation, Greene pointed out after the show. But the benefit of added live instrumentation connected immediately with an audience that was up until then caught in the delicately moving haze of recorded samples and distant vocals that categorized Washed Out's solo performance. It's not often you get such a before/after scenario. While the merit of the purely electronic one-man show was undeniable, adding bold textures to the already phyllo-like layers of sounds presented by Greene greatly raised the show's level of intensity. Sometimes taking a hammer to subtly persuasive musical inclinations is a necessary evil. Monday night, it was devilishly effective.

It helped that Small Black is no stranger to glowing abstractions of shimmering drone. They served as a less restrained foil to Washed Out's even temperament, and the bouncy, enigmatic moves they displayed during their set followed them onstage as they helped out their tour-mate during his performance. The heavy, quick moving playing of their bassist both propelled Small Black's music beyond the rudimentary drum beat they seem mired in and added grime and counter rhythms to Washed Out's sound.

Having only rehearsed together for the first time last Monday, future tour attendees can look forward to an even greater fulfillment of collaboration between the two groups. And for the rest of the unaccompanied musicians with glo-fi and shoegazing aspirations, remember a backing band is like a credit card - never leave home without it.

Last night (3/8) was the second of those Mercury Lounge shows. Pictureplane opened both nights and will continue with both of the other bands on a tour that brings them to SXSW, into Mexixco, and back again. The next NYC show is April 10th at Music Hall of Williamsburg and tickets are still on sale.

More pictures from Mercury Lounge below... 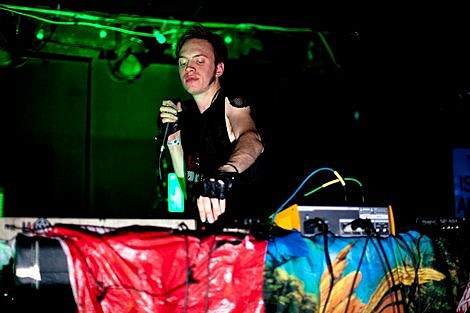 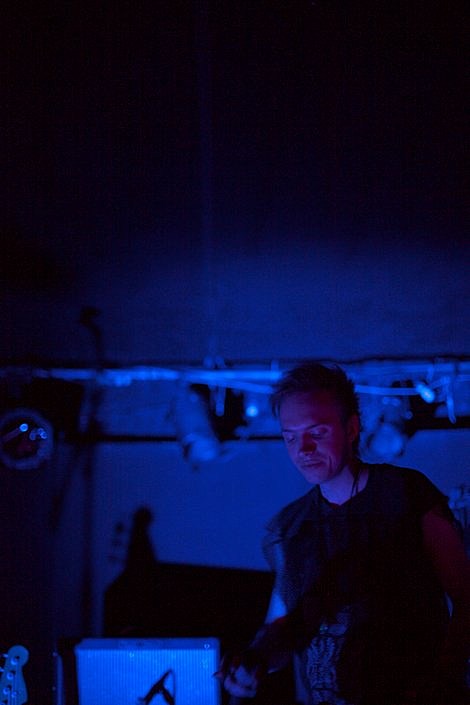 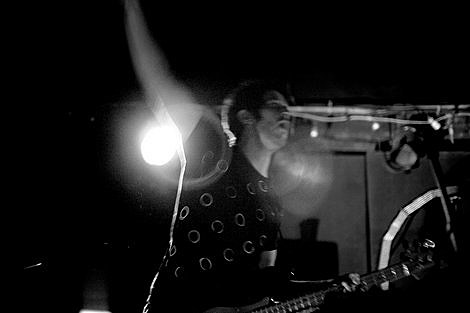 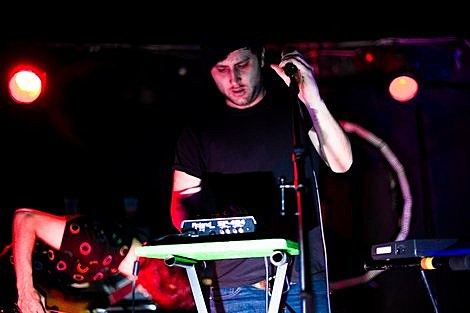 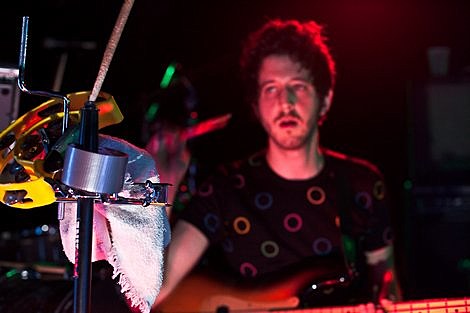 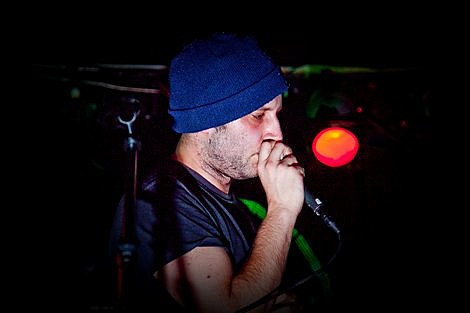 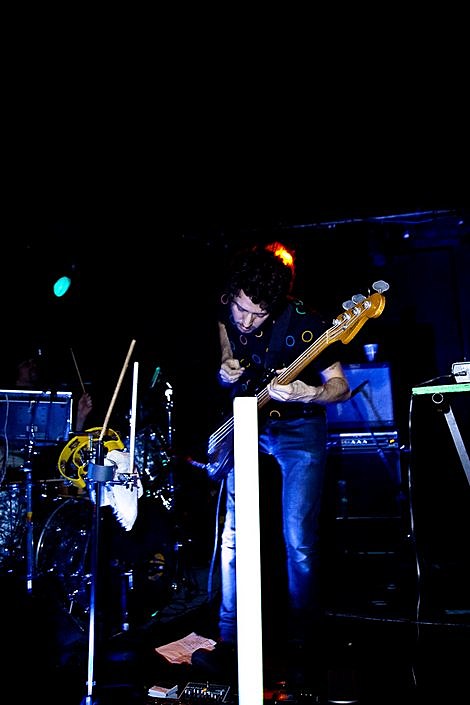 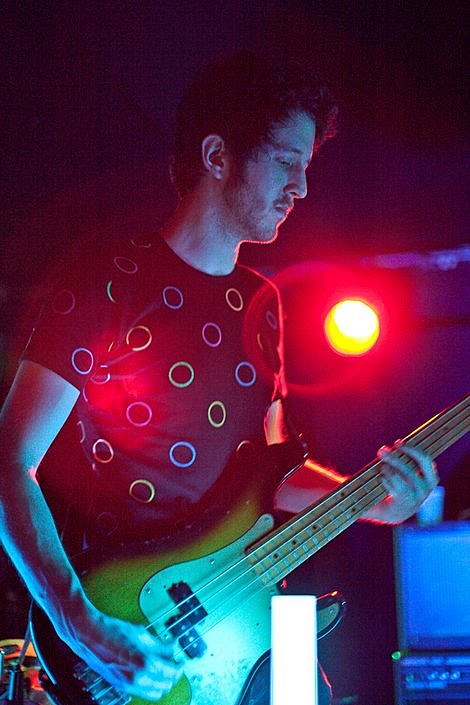 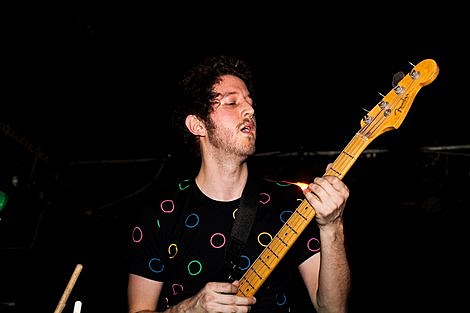 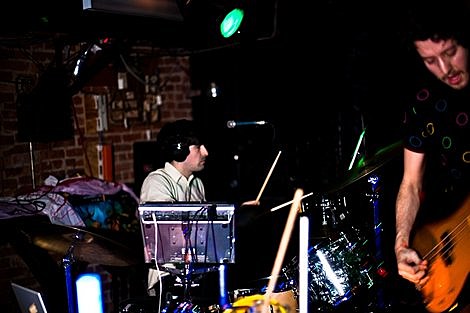 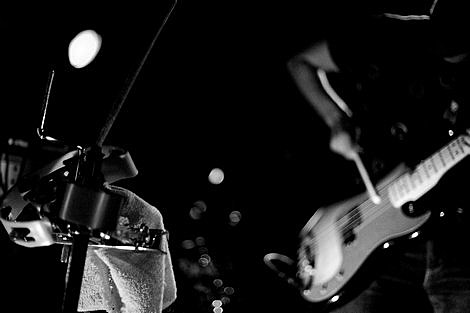 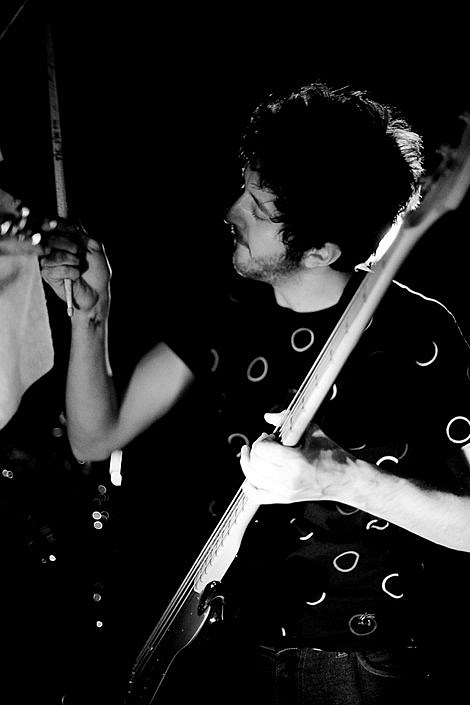 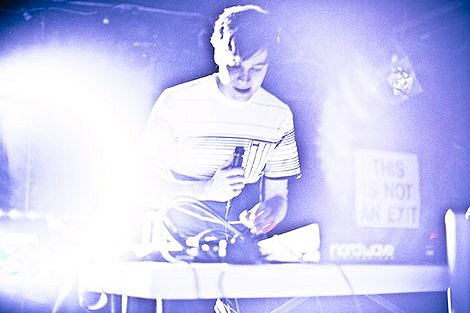 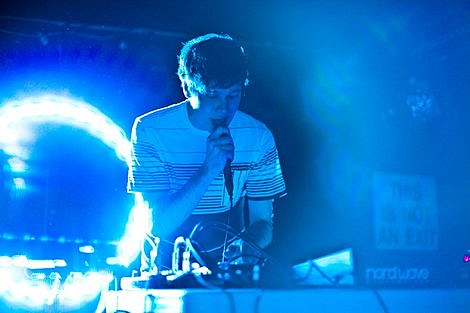 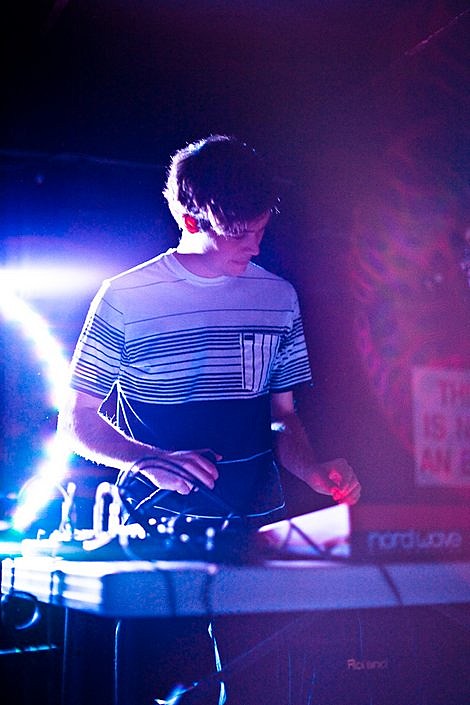 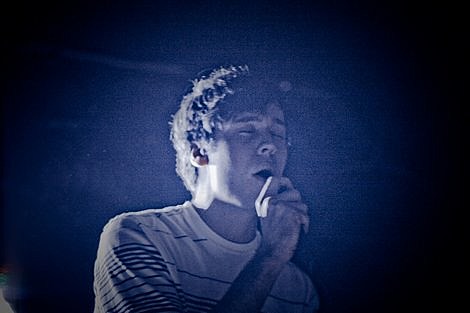 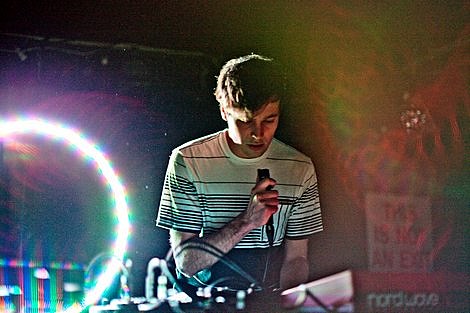 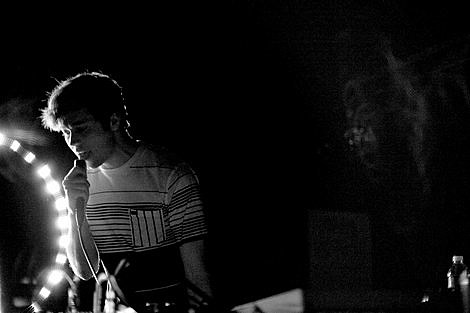 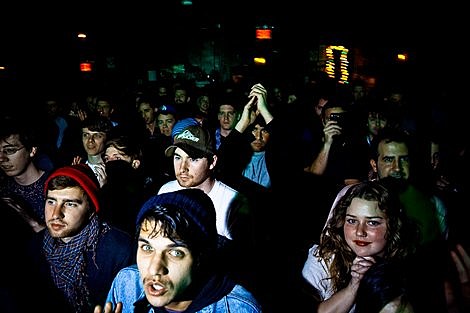 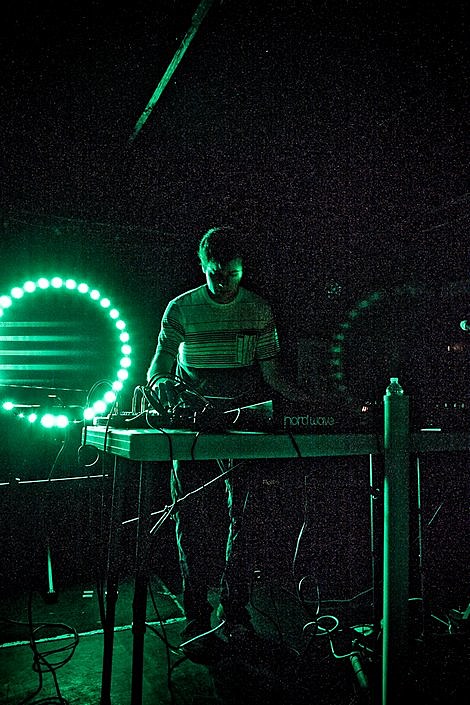 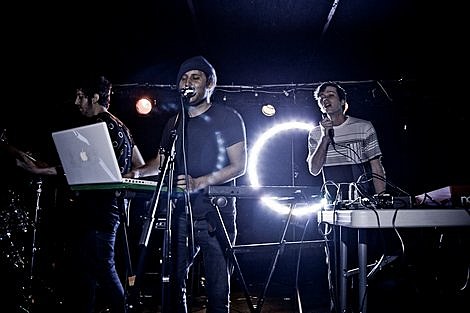 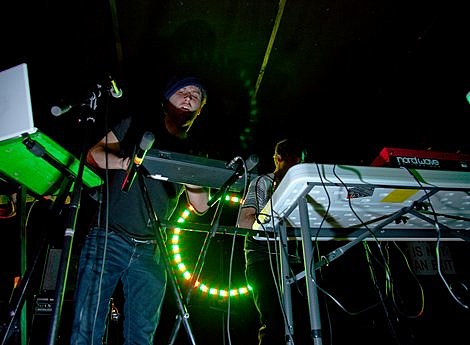 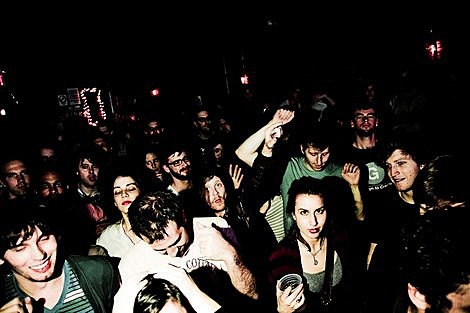 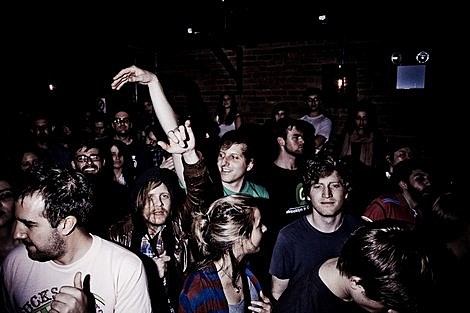 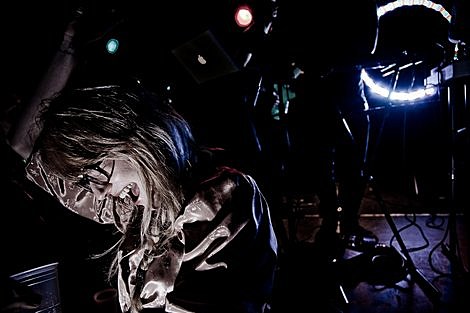 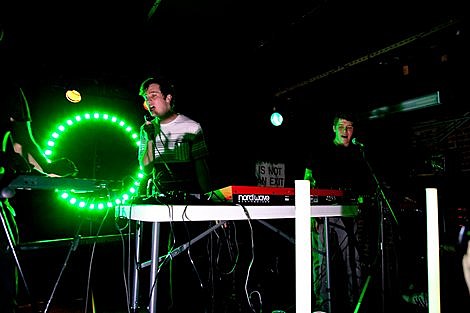 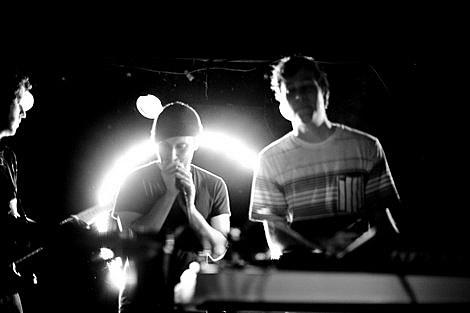 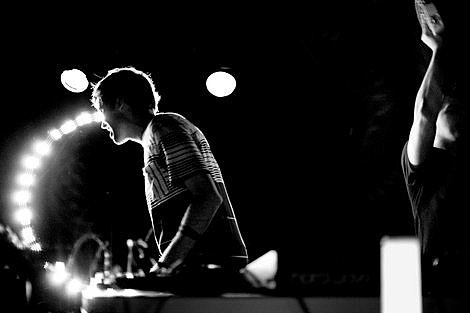 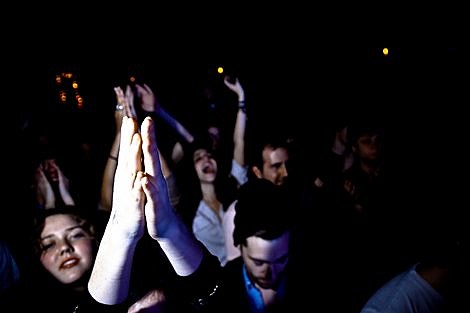