Watain at Irving Plaza in 2012 (more by Greg Cristman) 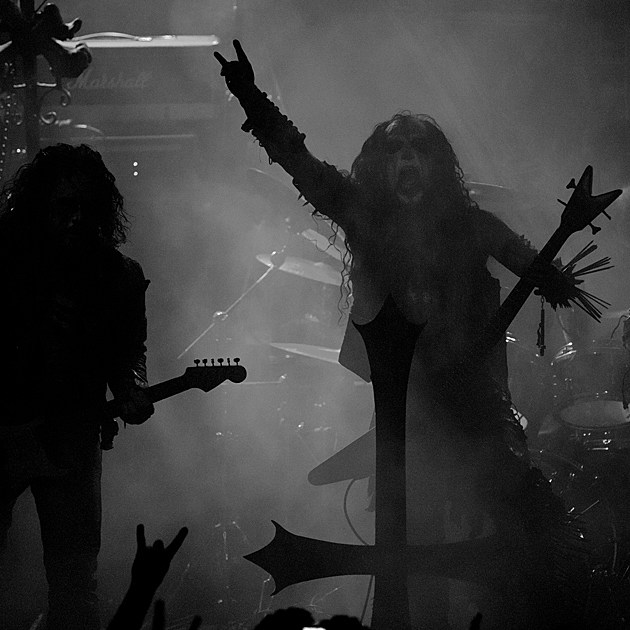 As mentioned in a recent edition of The Heavy Lowdown (which you may have missed since it was the Friday before Memorial Day), Swedish black metal band Watain will blaspheme the Brooklyn Night Bazaar on Sunday June 15 in what has to be the venue/market's most metal booking yet (sorry Pizza Underground). The show's part of the Northside Festival, and it will be Watain's only US show this summer. Unlike most Brooklyn Bazaar shows, this one costs money and tickets are on sale now. Try not to get blood in your banh mi.

When Watain's last album, The Wild Hunt, came out last year, we interviewed frontman Erik Danielsson over on Invisible Oranges. Check that out and stream The Wild Hunt and watch a video for "Outlaw" below.

If you're going to the BKNB show, it's worth showing up early for local band Kosmodemonic, whose psychedelic sludge may not be nearly as brutal as Watain's black metal, but should make for a pretty good primer for what's to come. They played a solid set opening for Kvelertak at Saint Vitus not long ago, which you can watch a video of, below.

Other upcoming heavy shows at Brooklyn Night Bazaar (which are free) include Trap Them / Coliseum and Ceremony / Iron Lung.

Videos and Watain LP stream below...