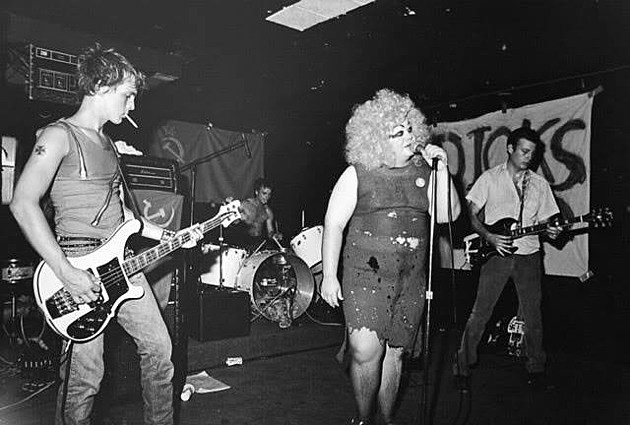 Austin, Texas hardcore punk legends The Dicks were around in the early/mid '80s with releases on SST and Alternative Tentacles, and they've been reunited since 2004. This week (Friday, 2/12), a new documentary about them called The Dicks From Texas will hit the streets.

Before it's out, we're premiering a clip from the film that includes Henry Rollins and Ian MacKaye giving the band high praise and a short live clip. Henry talks about their Live at Raul's Club split with The Big Boys getting heavy rotation at the SST offices, and Ian discusses a show Minor Threat played with The Dicks opening.

Watch the clip, and the trailer and intro, below...

The Dicks From Texas Sequence from Cindy Marabito on Vimeo.