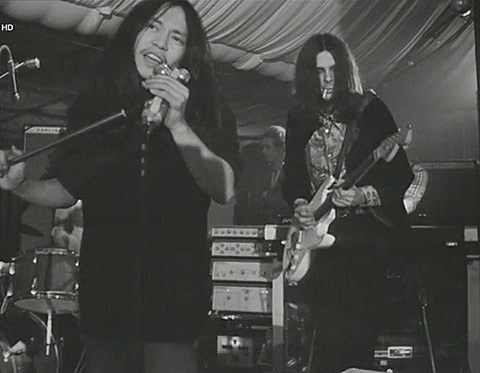 Last week we posted that 1970 Kraftwerk Rockpalast concert and now Dangerous Minds points us to another amazing concert from the German series has been posted from the same year at the same venue (which just surfaced online). This time it's of krautrock legends, Can. This was the year Damo Suzuki joined the band, they'd just released Soundtracks, and Tago Mago and Ege Bamyasi were soon on the way. So where the Kraftwerk performance is more of a fascinating curio, this is 80 minutes of Can in their prime. It looks and sounds great. Even if you're just playing it as background music, it's worth it -- though you should really watch it.