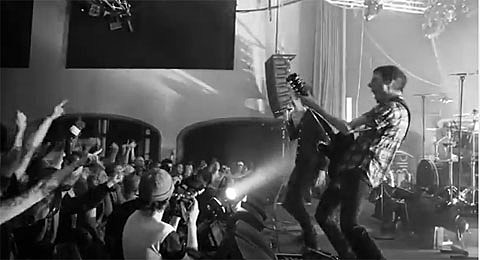 With less than 2 weeks until their first of two Coachella performances which are followed by two shows at NYC's Terminal 5 which come a few months before a big tour that returns to NYC, the reunited Refused played a warm up show in their home country of Sweden the other day (again). Check out some high quality video from about half the show, and the full setlist below...

UPDATE: Refused have announced that they'll play "Late Night With Jimmy Fallon on NBC Television on Monday, April 23rd at 12:35am |11:35pm cst. This is the band's first ever television appearance that will coincide with the band's first shows since their breakup in the late '90s and will include performances at the Coachella Valley Music and Arts Festival on April 13th and 20th."