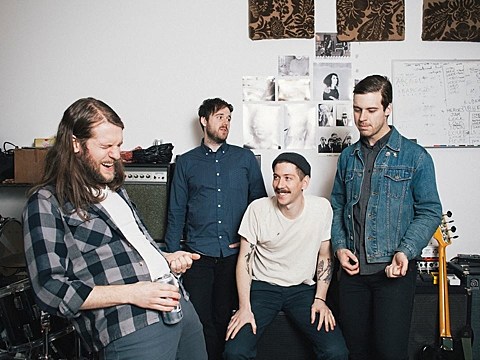 Back in the spring, we wrote about Adult Moods, the debut album from Brooklyn's Adult Dude. It's out now on Animal Style Records (order yours) and the band recently gave the video treatment to "Bonehead," which premieres in this post. Like the rest of the record, it channels traditional indie rock -- Dinosaur Jr and stuff like that -- and you can watch it below.

Adult Dude have a record release show on November 19 at Union Hall with Dead Stars and Katie Ellen, the new band of Chumped singer Anika Pyle and drummer Dan Frelly, formed just before Chumped announced their hiatus. Tickets for that show are available.