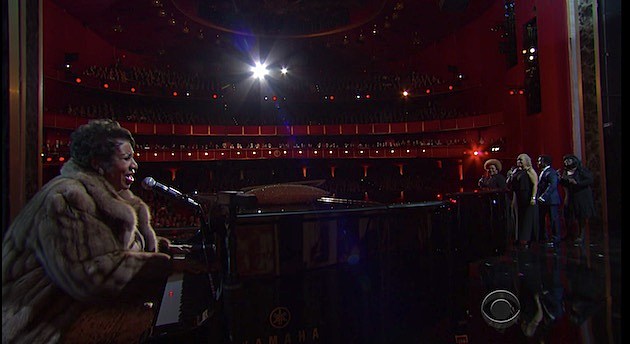 The Kennedy Center Honors paid tribute to Carol King earlier this month and CBS aired the special last night. As always its a star-studded affair both on stage and in the audience (including President Obama and family) but no one shined brighter than Aretha Franklin who reminded everyone she's still Queen of Soul with a knockout performance of "(You Make Me Feel Like) A Natural Woman" that had co-writer Carol King jaw-dropped and President Obama wiping away tears. At 73, there's no doubt she's still got it. Watch it below.