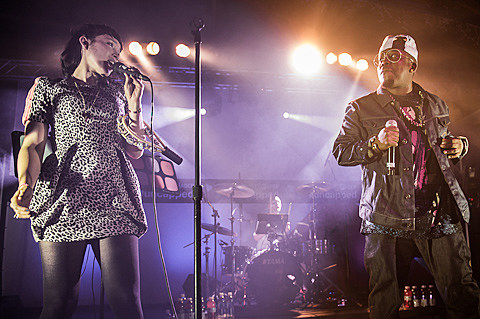 As we already told you, "Little Dragon played East Austin's Millenium Center last night (8/7) as part of the Vitamin Water Uncapped series of parties being thrown by Fader. For their last song, Big Boi came out for a performance of "Mama Told Me," a single off of his upcoming album, Vicious Lies & Dangerous Rumors (due out 11/13), which Little Dragon's Yukimi Nagano sings on." You saw the pictures. Watch the video below...