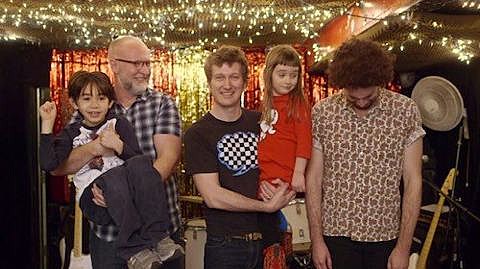 Bob Mould just debuted his new video for "Star Machine," which is from last year's loud and highly-enjoyable LP, The Silver Age. The video was filmed at Cake Shop and was directed by Jon Glaser who you may know from Delocated or, most recently, HBO's Girls (he was Laird, the junkie). What starts as a fun "bring your kids to work" day turns sour when drummer Jon Wurster brings marrital problems instead. Watch it below.

Bob and the band will be in NYC next month when his tour hits Bowery Ballroom on February 26 and 27 and tickets are still available. The band will stick around to appear on Late Night with Jimmy Fallon on February 28 to perform "Star Machine." Bob also just announced a few new tour dates and those are listed below.