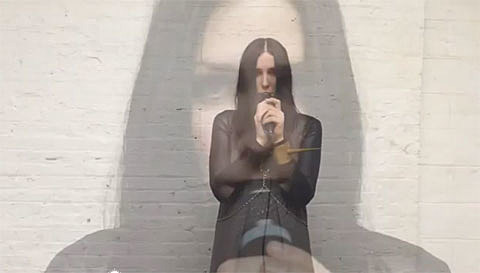 During our CMJ parties this past October, we partnered with Sony Bloggie to film a video series ("Green Room Sessions") of exclusive performances by artists, many of whom also played at our CMJ events. All of the videos were shot on nothing but Bloggies. We've been slowly revealing some of the videos from the series, but the most of them are finally here and can be watched below.

Chelsea Wolfe performed a new/non-album track called "Feral Love," accompanied only by brooding synths and beats from band member Ben Chisholm, making for a more similar performance to Chelsea's "solo" NYC debut than the full band set she delivered at our Friday party (10/21).

Members of Datarock, sitting on a ladder, played an acoustic guitar/saxophone and red-suit-less rendition of their song "True Stories," which they said they have to play when they're in NYC, as it is their tribute to Talking Heads, with every lyric in the song being a Talking Heads song title. 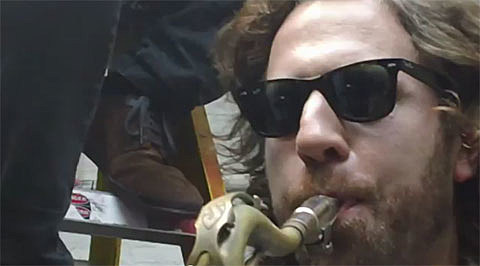 Laura Stevenson and her Don Giovanni labelmates Shellshag both played songs for us. Laura played a solo acoustic version of "Barnacles" from the Laura Stevenson and the Cans' album Sit Resist on the staircase to the green room at Public Assembly, whereas Shellshag took us out to the waterfront for a stripped down performance of "Face to Face."

Ólöf Arnalds played a new song called "Sudden Elevation" and a cover of Neil Diamond's "Solitary Man" which is one of the covers on her new mini album.

Peelander-Z took us outside on North 6th Street, shortly after playing our day party in Public Assembly. With no instruments except their voices, they wrote us a theme song.

Similarly to Chelsea Wolfe, Channy Caselle of Polica performed with just a microphone and samples playing through a guitar amp, as opposed to the massive dual drum rumbling set Polica played at our Saturday party (10/22). She performed "Happy Be Fine" off their upcoming debut LP, Give You the Ghost.

New Zealand band Street Chant, who played our Saturday party, played two songs for us after their set, "Stoned Again" and "You Do the Maths." For both songs, frontwoman Emily Littler played guitar and sang as the rest of her band and members of The Suzan provided claps and backup vocals.

Dave Quon of We Barbarians, who were also on the Saturday party, played an acoustic version of "Chambray" off the band's Headspace EP backstage after their set. 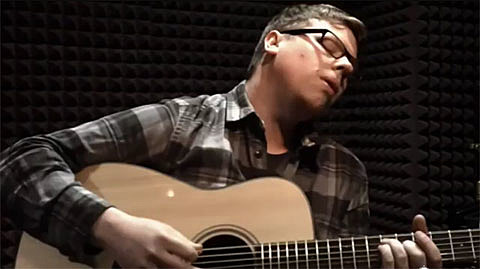 We Were Promised Jetbacks, who were announced on our Thursday (10/20) party at the last minute, played as a three piece because one of their members hadn't arrived to NYC yet at that point. Then, to size their lineup down even more, frontman Adam Thompson performed two songs on his own for us with his acoustic guitar (filmed on the same day they headlined Webster Hall).

A few more are coming, but meanwhile watch all of our completed videos below...

13) We Were Promised Jetpacks, "Picture of Health" -