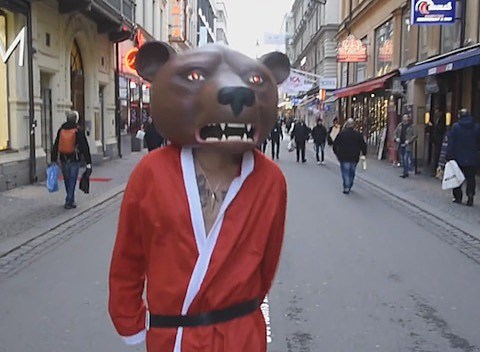 Christmas traditions vary around the world. For example, in Sweden the whole country basically shuts down to watch a 1958 Donald Duck holiday special? Would you like to know more about Swedish Christmas? Jocke from the still-going Teddybears hosts a four-part documentary series that tells us, in his dry, acerbic style, about other traditions like The Tomte (their not-so-nice version of Santa), St. Lucia's Day (December 13), the Gävlebocken (a giant goat in Gävle that ends up getting set on fire every year), and more.

Today is Lucia, the most important day of the year for all us Swedes. So, here's Part 3 of our "Christmas in Sweden" series, to educate the rest of the world on what's up.

God Jul to all of you!! Here's the final part of our Christmas in Sweden documentary, this time discussing Donald Duck, rotten fish, alchohol-induced blindness and other festive topics. Be safe and share the love.

Posted by Teddybears on Thursday, December 24, 2015