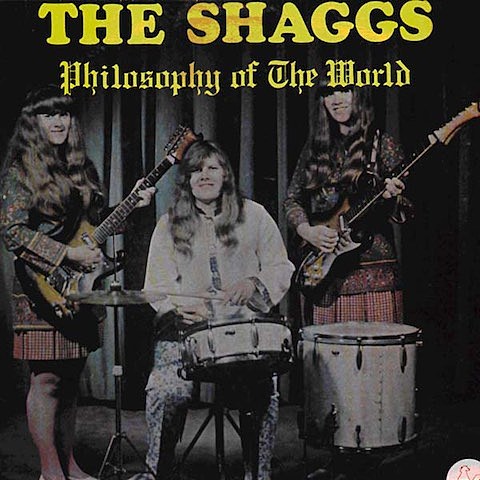 Cult / outsider art legends The Shaggs, who were together from 1968 - 1975, rarely played outside of their hometown of Freemont, New Hampshire, and those shows were attended mostly (totally) by locals. Footage from a 1972 show at the Freemont Town Hall was uploaded this weekend to R. Stevie Moore's Youtube account featuring 15 minutes of silent Super 8 footage set to some of their classic studio recordings. (That was taken down from Moore's page but it has surfaced elsewhere.) Dot and Betty Wiggin show off some choreographed stage moves and, though this show was sparsley attended, the kids there seem to be having a good time. It's definitely a window into a world many Shaggs fans thought they'd never see. Watch below.