Lifter Puller at D4th of July (via Hold Steady Twitter) 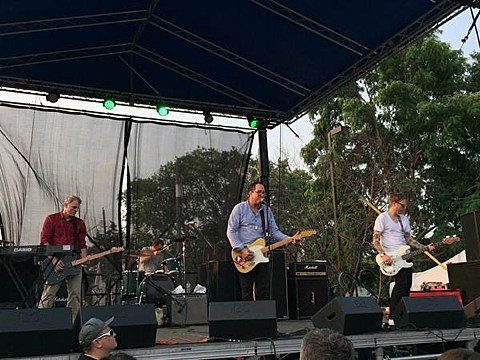 Dillinger Four celebrated their 21st anniversary and America's independence yesterday with their D4th of July festival in Minneapolis that also included Against Me!, Scared of Chaka, Toys That Kill, and more. Earlier in the day, Hold Steady frontman Craig Finn mentioned on Instagram that he'd be going, and started posting old fliers of his old band Lifter Puller's past shows with Dillinger Four. As it turned out, Craig ended up reuniting with his Lifter Puller bandmates for their first show in 12 years at the fest! Watch videos below.