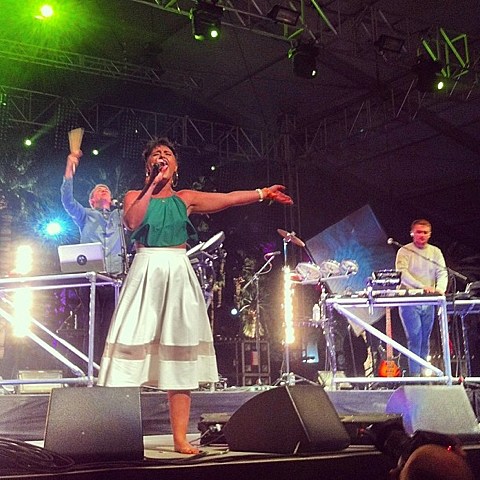 We recently mentioned that Baauer dropped his remix of a currently unreleased Disclosure and Jessie Ware track during his set at Coachella 2013, and in related but even more exciting news, later on when Disclosure played, they brought out Jessie Ware to sing lead on their remix of her song, "Running." It's as awesome as you'd expect it to be. Check out a video of the on-stage collaboration, along with videos of "White Noise," "Boiling," "Tenderly," and a new song from their Coachella set, below.