Escuela Grind are gearing up to release their new Kurt Ballou-produced LP Memory Theater on 9/30 via MNRK Heavy (pre-order), and we're now premiering new single "All Is Forgiven." You probably know what genre to assign to a band that literally has "grind" in their name, and "All Is Forgiven" has plenty of grind parts, but they know how to slow it down into some groovy metalcore too. This shit bangs, and here's what the band tells us about it:

"All Is Forgiven" gives you another glimpse at the crushing power of our upcoming album Memory Theater. The catchiness, the riffs, the dedication to blasts, it's all there and we think you're gonna really love it. This is a skull cracker for sure! We shot a really cool video for it with our friend Michael Jari Davidson, which you absolutely need to watch.

Check out the song and video below.

Escuela Grind have also announced a September US tour with Brazilian deathgrinders Test, including shows in Philly, Cleveland, Seattle, San Francisco, Dallas, New Orleans, and more. All dates are listed below. 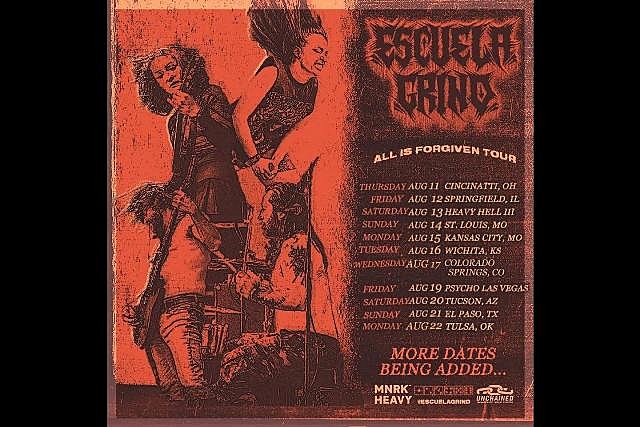 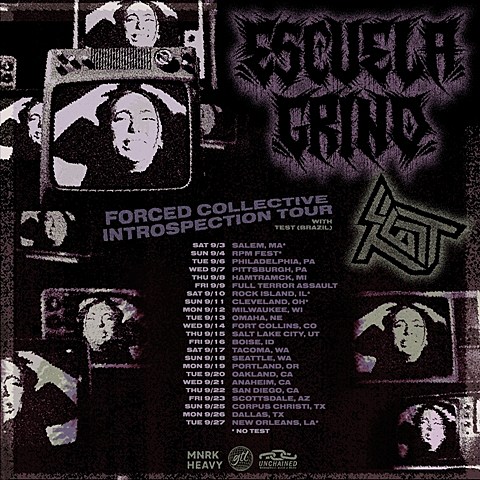