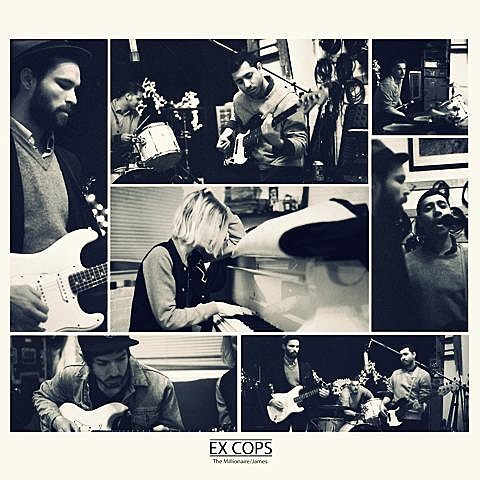 Ex Cops are taking it easy this summer after a winter and spring filled with touring. The band played July 4 at MoMA (did you go to that?) and Brian and Amalie from the band will be doing a short acoustic set opening for Matt Pond at Brooklyn Bowl on July 25. Laura Stevenson is playing that show too and tickets are on sale now. All tour dates are listed below.

Ex Cops are also the third band to appear in our BV Studio Sessions series recorded at Butler Recording in Bushwick. The band plays "The Millionaire" and "James," both of which are on their debut album, True Hallucinations, which came out earlier this year on Other Music Recording Co. Big thanks to Jessica Amaya, Albert Amaya and Bleary Eyed Brooklyn for the great video.