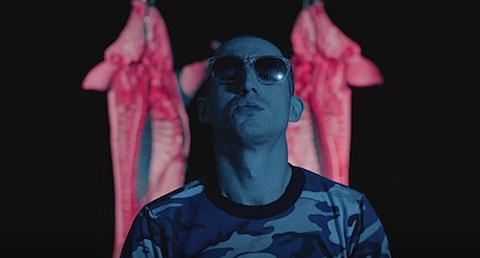 Fat White Family have shared the video for "Whitest Boy on the Beach," the first single from the band's new album Songs for Our Mothers which is out January 22. Shot using drone cameras near the famed white cliffs of Dover, England, notable artist Tim Noble directs a striking video, that includes shots of the band getting their heads forcibly shaved, for the Suicide-esque song that is literally about them being the palest people on a beach in Barcelona. You can watch it below.

Fat White Family will be back in North America for SXSW 2016 and presumably other shows around the country. They've also got UK dates this week and then more in 2016. All are listed below.