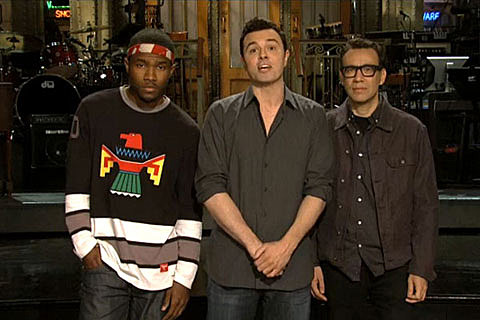 We actually already posted this in WGO Sunday, but in case you missed the awesomeness:

Frank Ocean appeared on Saturday Night Live last night (9/16) to perform "Thinking About You" and "Pyramids," and was joined by John Mayer on guitar. He also just revealed the music video for "Pyramids," which also features an appearance from John Mayer.

Frank Ocean plays live at ATP NY on Friday night. Watch the videos of his SNL performance and the "Pyramids" music video below.

Frank Ocean - "Thinking About You" on SNL