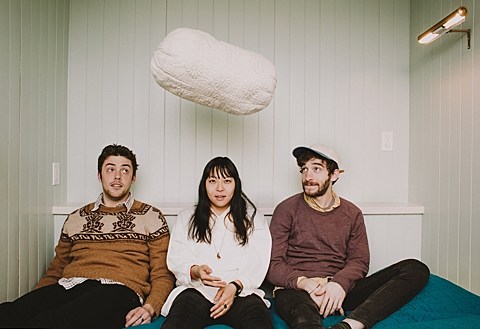 Brooklyn's Haybaby recently released their debut album Sleepy Kids on Tiny Engines (order yours), a nine-song dose of hard-hitting indie rock. Now they've given the video treatment to its track "Doored," which premieres in this post (shot and edited by Cody Swanson). Check that out, and stream the whole album, below.

Haybaby begin a tour in Virginia tonight (11/12) and it ends back in Brooklyn with an album release show at Shea Stadium on November 20 with Sharkmuffin, Dances and Melt. A few weeks later, they play other NYC shows at Le Poisson Rouge on December 5 with Great Caesar and Stolen Jars (tickets) and Brooklyn's The Gateway on December 10. All dates are listed below.